Explore the best places for photography at Dolomites, Italy

The Dolomites are a mountain range of the Southern Limestone Alps, but are also included in the Southern Alps. They are spread over the regions of Veneto and Trentino-South Tyrol in Italy and - in approximately equal parts - the provinces of Belluno, Bolzano-South Tyrol and Trento. Since 2009 parts of the Dolomites belong to the UNESCO World Natural Heritage Dolomites.

The region is renowned for its emphasis on outdoor activities, including skiing, hiking, mountain biking, climbing and base jumping. The area is also filled with national parks, offering visitors and locals alike amazing opportunities to escape into nature. Both Italian and German are spoken in the area, as the Dolomites border Austria.

Top photos from 9 spots at Dolomites 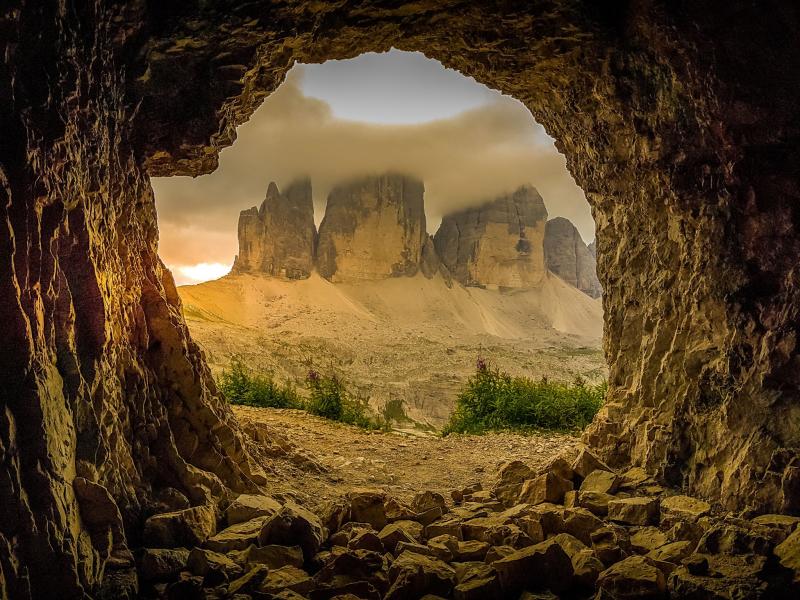 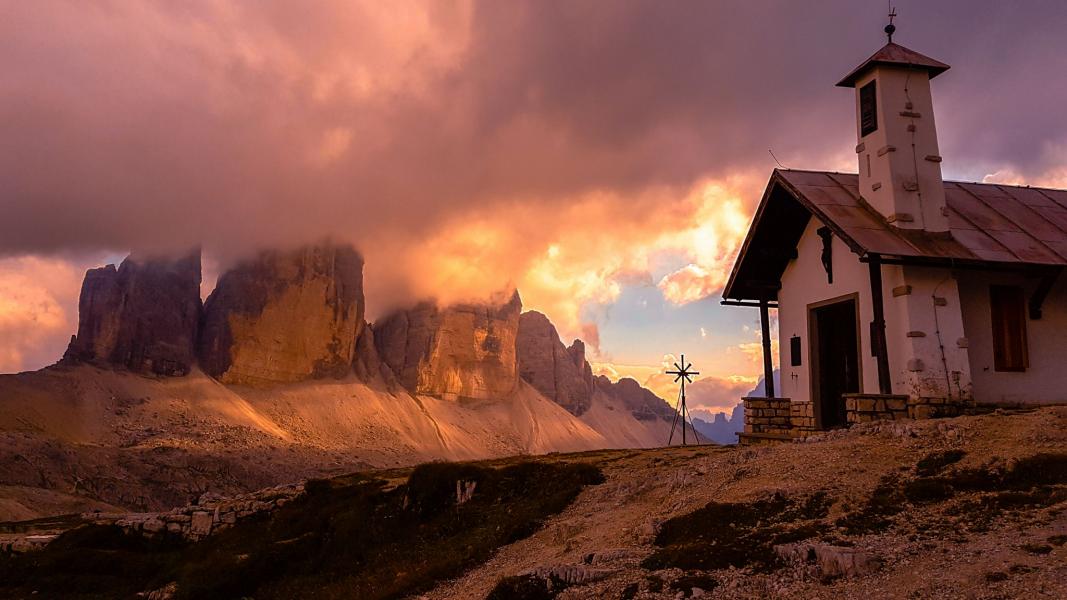 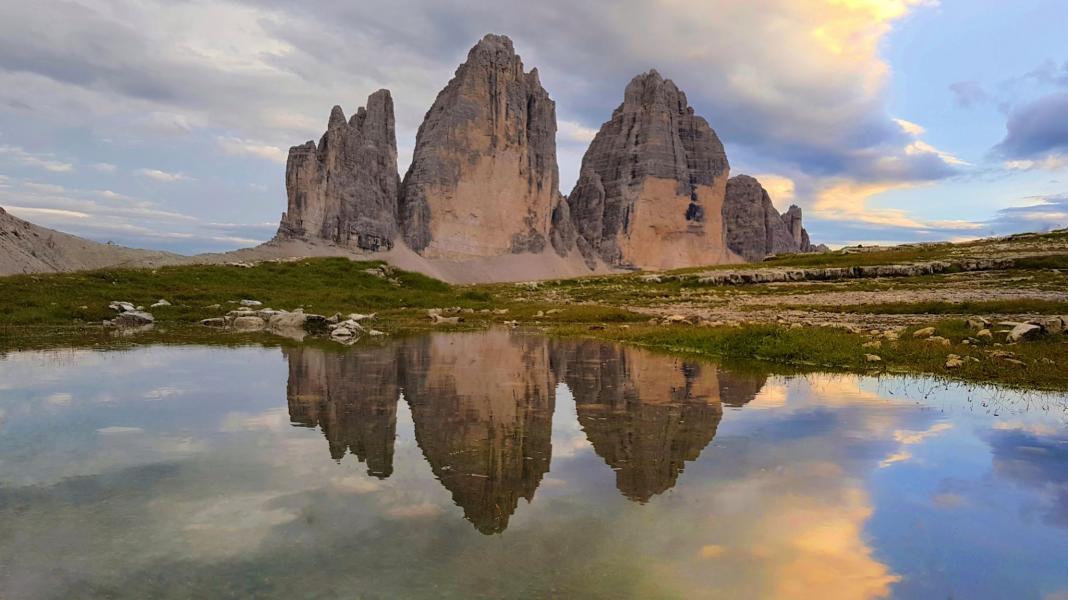 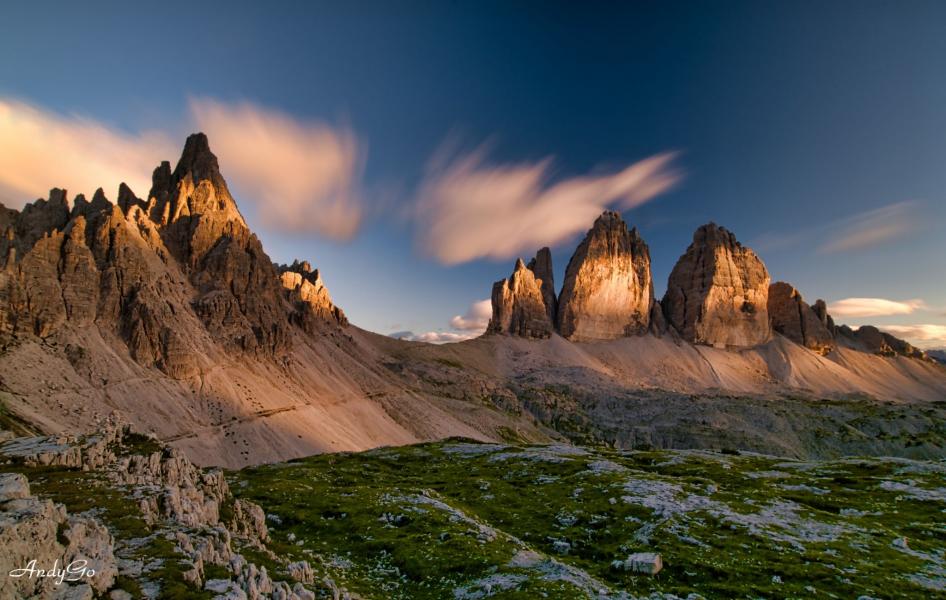 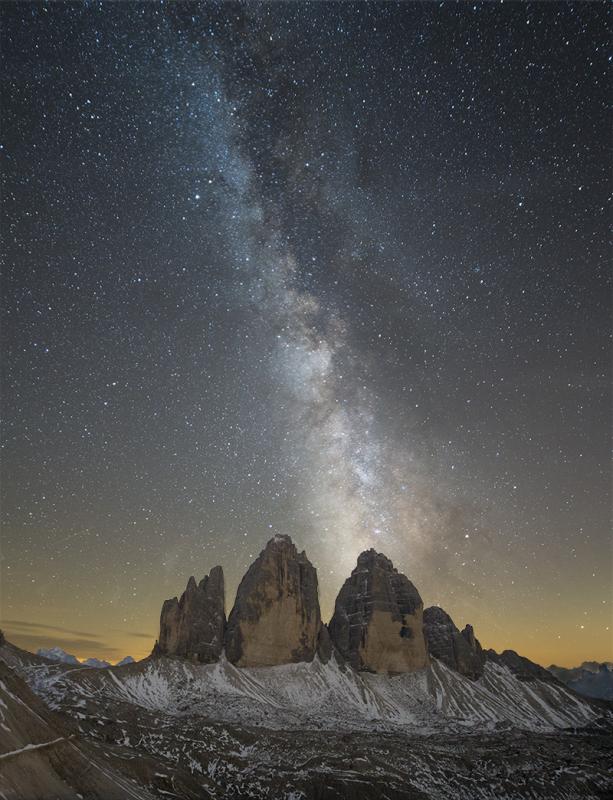 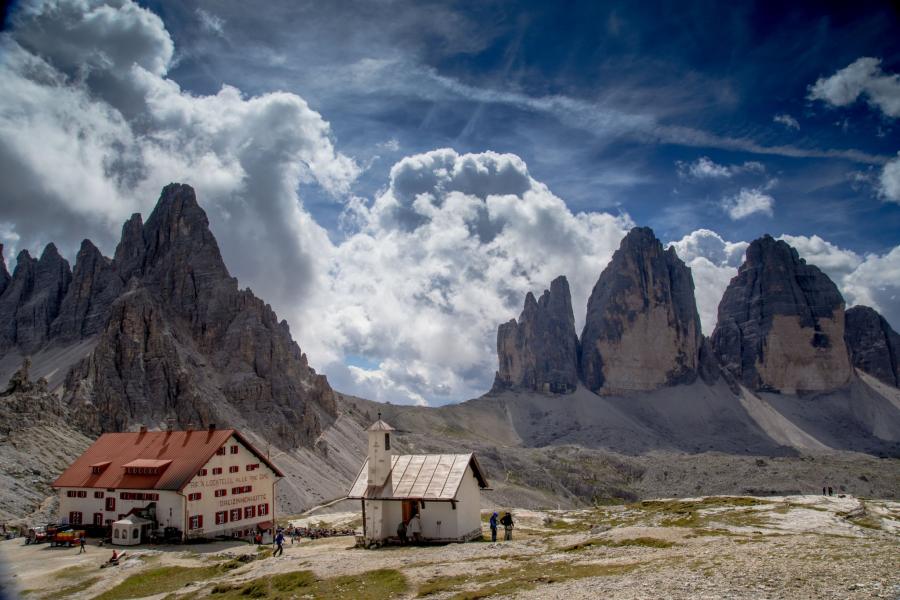 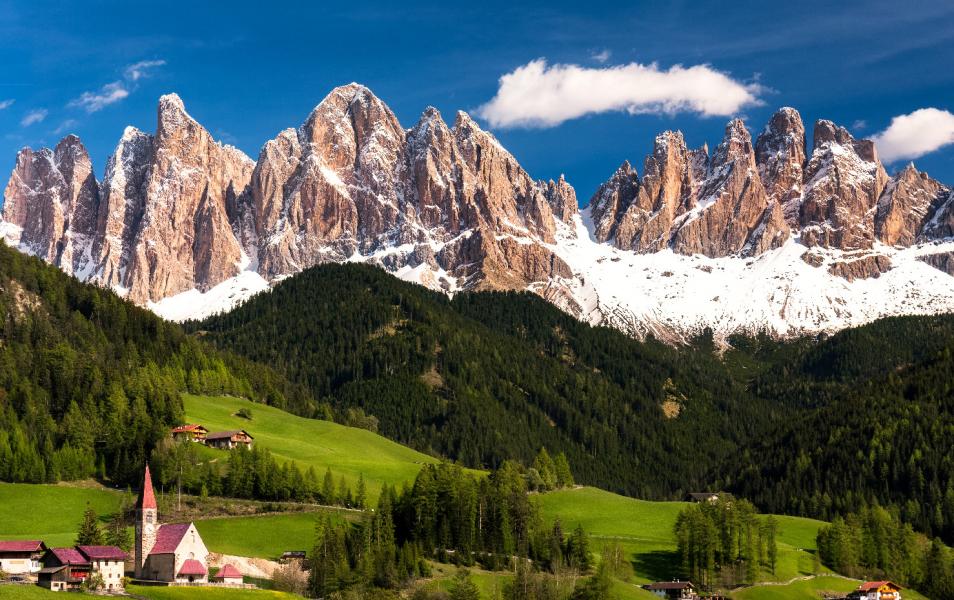 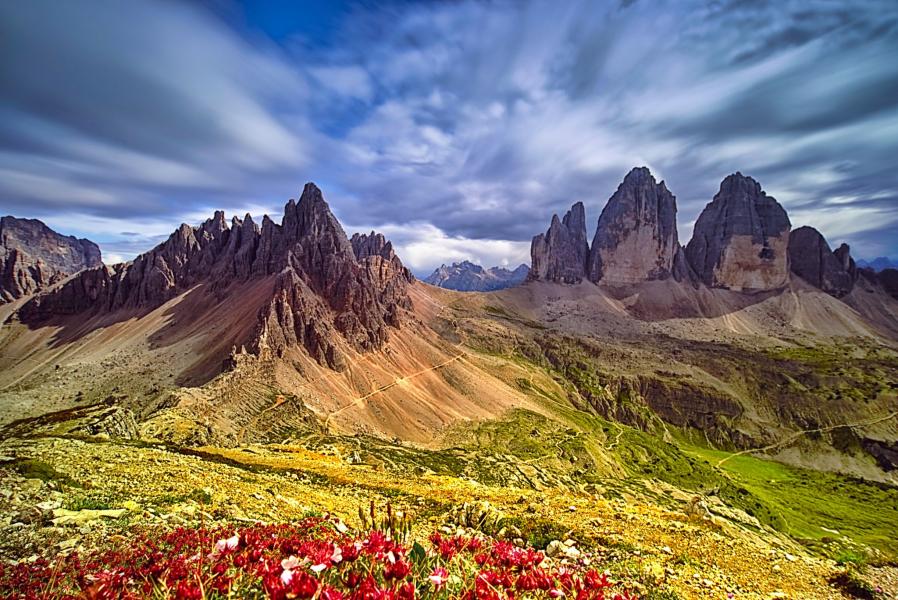 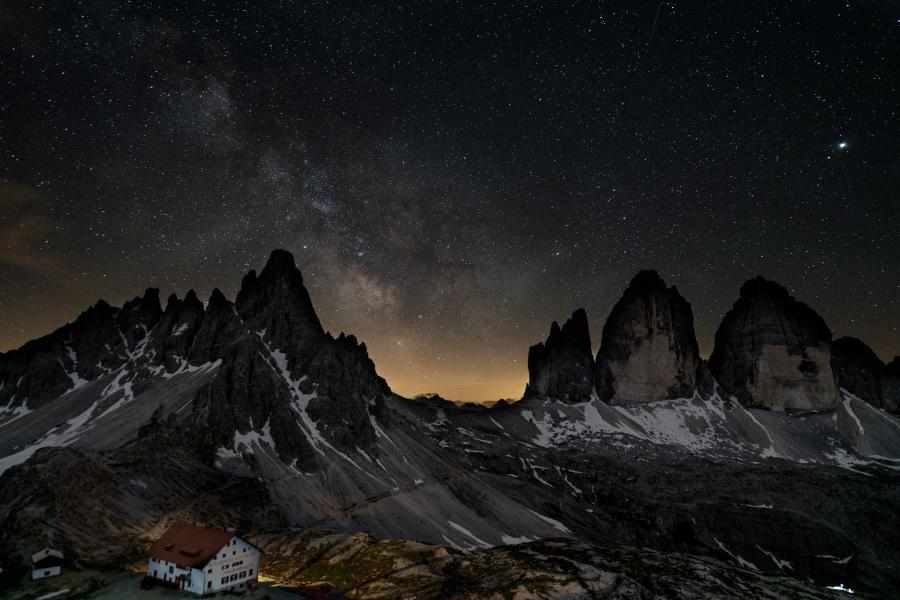 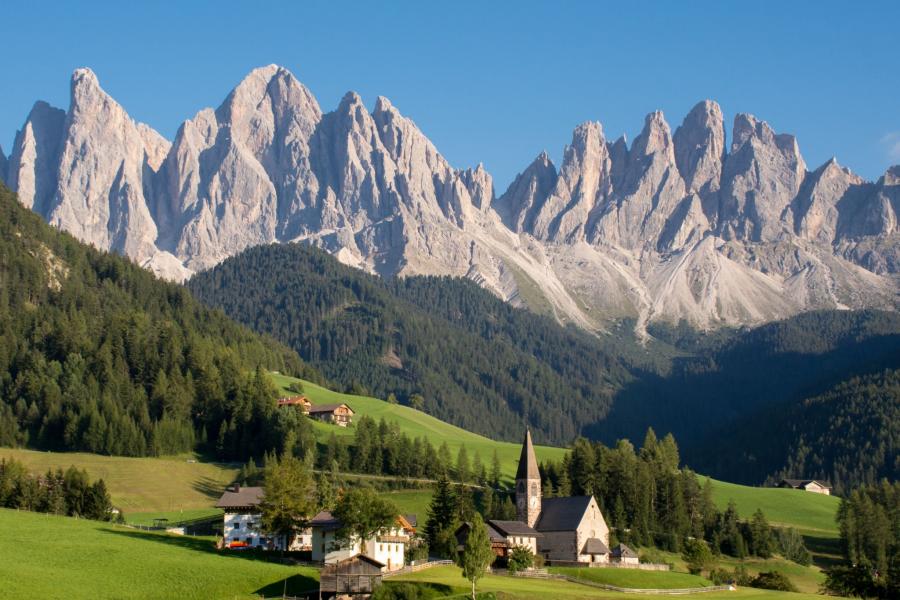 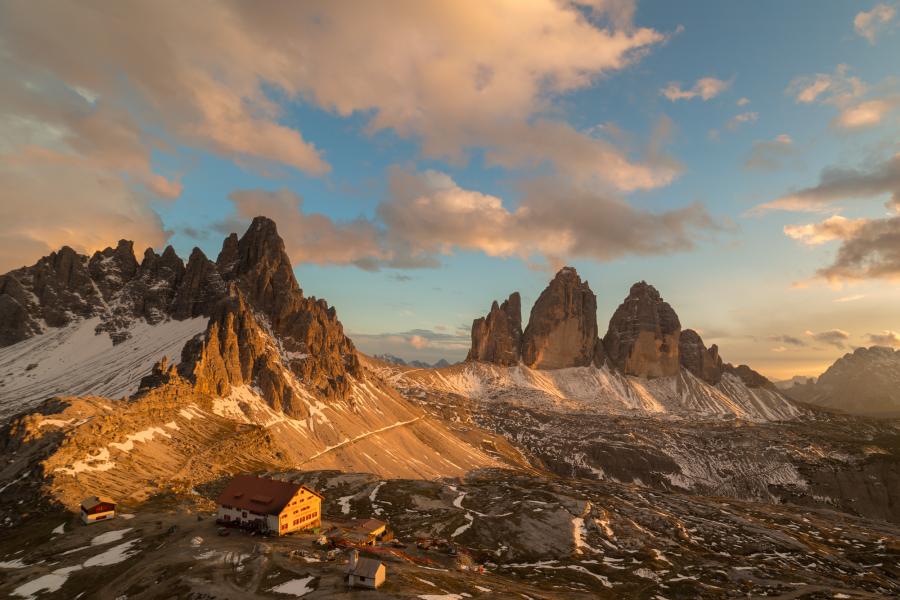 The highest mountain in the Dolomites is the Marmolata with an altitude of 3342 metres. Other famous peaks or massifs are the Drei Zinnen, the Sella, the Rosengarten, the Schlern, the Geisler and the Langkofel.

Characteristic of the Dolomites is the abrupt change between gently undulating alpine pastures and the steep limestone and Dolomite reefs sitting on them. Some of the reefs reach an altitude of about 3000 to 3200 m. Interesting here is a clear terracing at about 2300 m (Sciliar) and 2800 m (Sella massif). The Fanes Plateau and the Gardenaccia Crespaina Plateau also belong to these terraces. The strongly rugged massifs such as Sassolungo, the Sesto Dolomites and the Rose Garden stand in contrast to this. Causes of these different manifestations include the strongly structured layer structure (clearly visible on the western side of the Rosengarten), the alternating lifting and lowering of entire blocks of rock with different flooding phases (visible, for example, on the Sella floor) and the breaking open of the closed formations by magma passages.

The mountain consists mainly of sedimentary rocks with typical stratifications. In between you will also find layers of petrified coral reefs that had grown in the Tethys of the Triassic. This rock is called dolomite and is differentiated between different lithostratigraphic units such as Schlerndolomite and the supporting main dolomite. Also volcanic traces (eruptive rocks) can be discovered: For example, in the Latemar deep cuts can be found in the main ridge - only a few metres wide but up to 200 metres deep - at the bottom of which dark and cushion-like rounded lava rock appears. The small ridge between Sella and Marmolata is made entirely of lava stone. Towards the Adige Valley there are whole plateaus of porphyry (porphyry plateau of Bolzano, today's Fleimstaler Alps and southern Sarntaler Alps).

Since the cooled lava is much softer than the surrounding limestone, these areas are more weathered and less high. It often forms the bedrock of the wide alpine pastures in the Dolomites and is partly responsible for the wild fissure of some massifs (such as Latemar).

In former times, some groups of mountains still carried significant glaciers, the only larger glacier still existing today is the Marmolata glacier.

The name of the Dolomites and the Dolomite rocks derives from the French geologist Déodat de Dolomieu (1750-1801). Before he described the dolomite rock, the name Monti pallidi ('pale mountains') was common. However, the actual rock described by Dolomieu or the mineral dolomite contained therein makes up only a small part of the Dolomites. Due to its high magnesium content, it is yellowish and can be found in the area of the Fanes, the three battlements and the rose garden, among others, recognizable by the yellow colouring of the vertical walls (inclined rock areas are grey due to weathering). The remaining areas consist mainly of whitish grey limestone sediments with a low dolomite content, as they are also found in the northern limestone Alps.

Alpine pasture farming (mainly livestock farming), which is carried out by the local population, has become an important part of tourism with its traditions, although its original function as a pure source of food has lost importance. In some places in the Dolomites, mainly in Val Gardena, handicrafts, especially woodcarving, have a tradition that goes back to the 16th century and is still of great economic importance today.

Architect Le Corbusier and Reinhold Messner agree that the Dolomites are the most beautiful building in the world.

The Dolomites can be traversed on ten different Dolomite high trails.

The Dolomites can be fun to visit all year round, with summer and winter being the most advantageous times. Visit in winter for skiing, and the summer for hiking. The winding roads through the mountains can be quite dangerous, especially in winter with slippery snow and ice, so if you are driving, be cautious and research the conditions beforehand. Relish in the amazing natural beauty of the Italian Dolomites, and enjoy your trip!

Dolomites is located in Italy, a country with 2398 photo spots that you might want to have a look at as well to find even more beautiful places for your next trip.