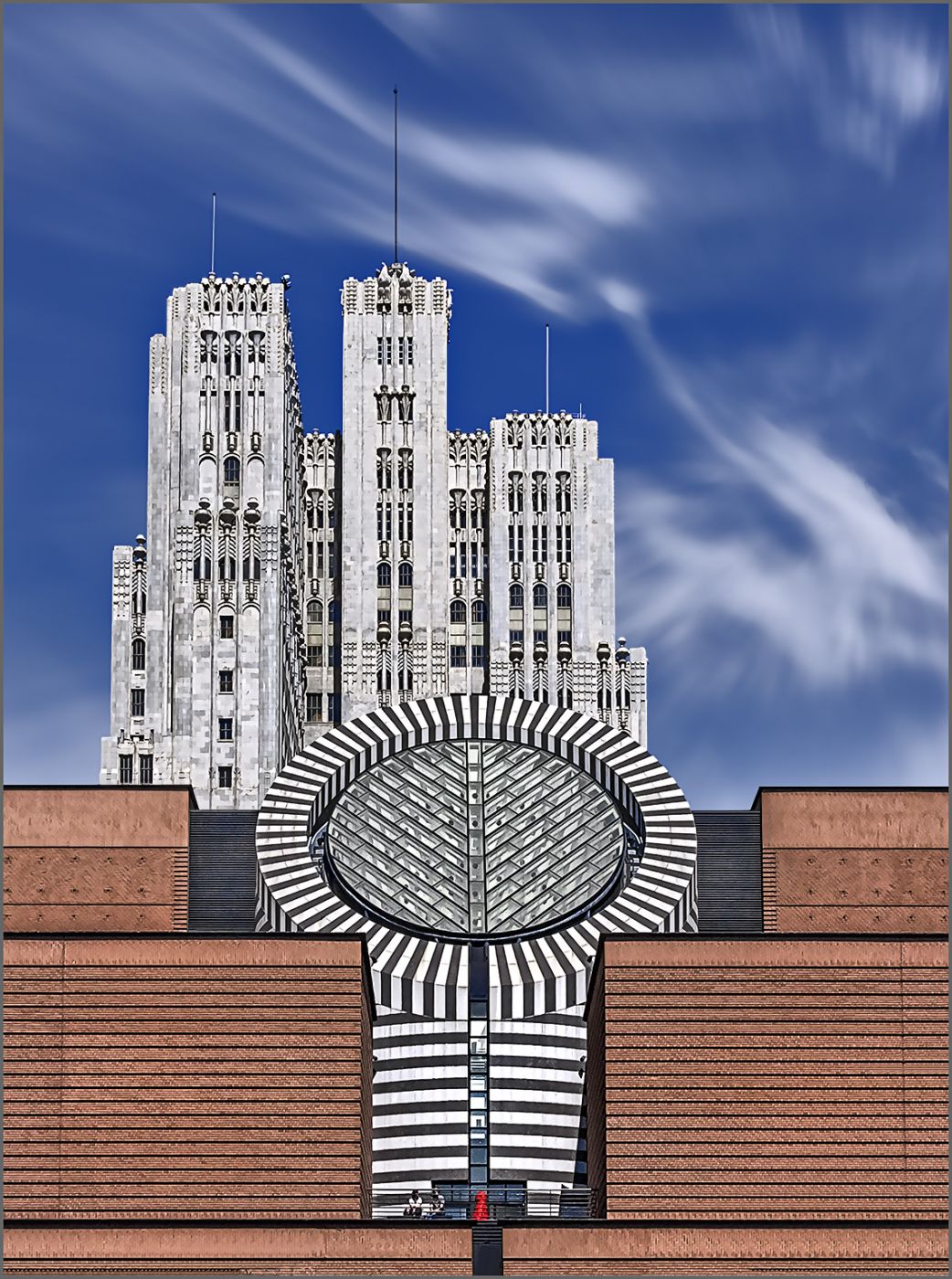 Herbert A. Franke
0 Like12
This photo is copyrighted by the author.
Thank you for respecting the rights and efforts of our photographers. Please contact the author for further information.

Add photoBookmark
Here you can see the museum from the outside once and on the other pictures you can see, if you stand in the entrance hall, the oblique dome if you look up.

The San Francisco Museum of Modern Art (SFMOMA) is a modern art museum located in San Francisco, California. A nonprofit organization, SFMOMA holds an internationally recognized collection of modern and contemporary art and was the first museum on the West Coast devoted solely to 20th-century art. The museum’s current collection includes over 33,000 works of painting, sculpture, photography, architecture, design, and media arts. They are displayed on 170,000 square feet of exhibition space, making the museum one of the largest in the United States overall, and one the largest in the world for modern and contemporary art.__/ The SFMOMA building, designed by Swiss architect Mario Botta, closed temporarily in June 2013 for a two-and-a-half-year expansion project. Designed by architecture firm Snøhetta and scheduled to reopen on May 14, 2016, the expansion more than doubles the museum’s gallery spaces and provides almost six times as much public space as the previous building, allowing SFMOMA to showcase an expanded collection along with the Doris and Donald Fisher Collection of contemporary art.
Quote: Wikipedia
Crowd Factor Just a few people
Best Timing All timings are equally good
Sunrise & Sunset 06:11 - 20:20 | current local time: 21:13
Locations San Francisco151 3rd StMuseum of Modern Art / San FranciscoJewish MuseumCA 94103
Photo Themes MOMAmuseumMuseum of Modern Art
Please log in or sign up for free to see the exact geo details for this spot on a dynamic map.