Stunning Photography from an erupting Volcano in Iceland

Annika and Mathias were able to manage a very spontaneous trip to Iceland when they heard that a volcano had erupted in Iceland. Here is the story and the stunning photography behind this trip to this beautiful lava show.

And then, through the media, we suddenly received the news that a volcano had erupted in Iceland. In the middle of nowhere, but still accessible and so small that you can walk so close to see into the maw of the volcano! Even though the circumstances were a bit complicated, we didn't think twice and landed in Iceland two weeks after the volcano erupted. The requirement was a PCR test before departure, a PCR test on arrival, then 5 days quarantine, and another PCR test, then we were finally allowed to go to the volcano. 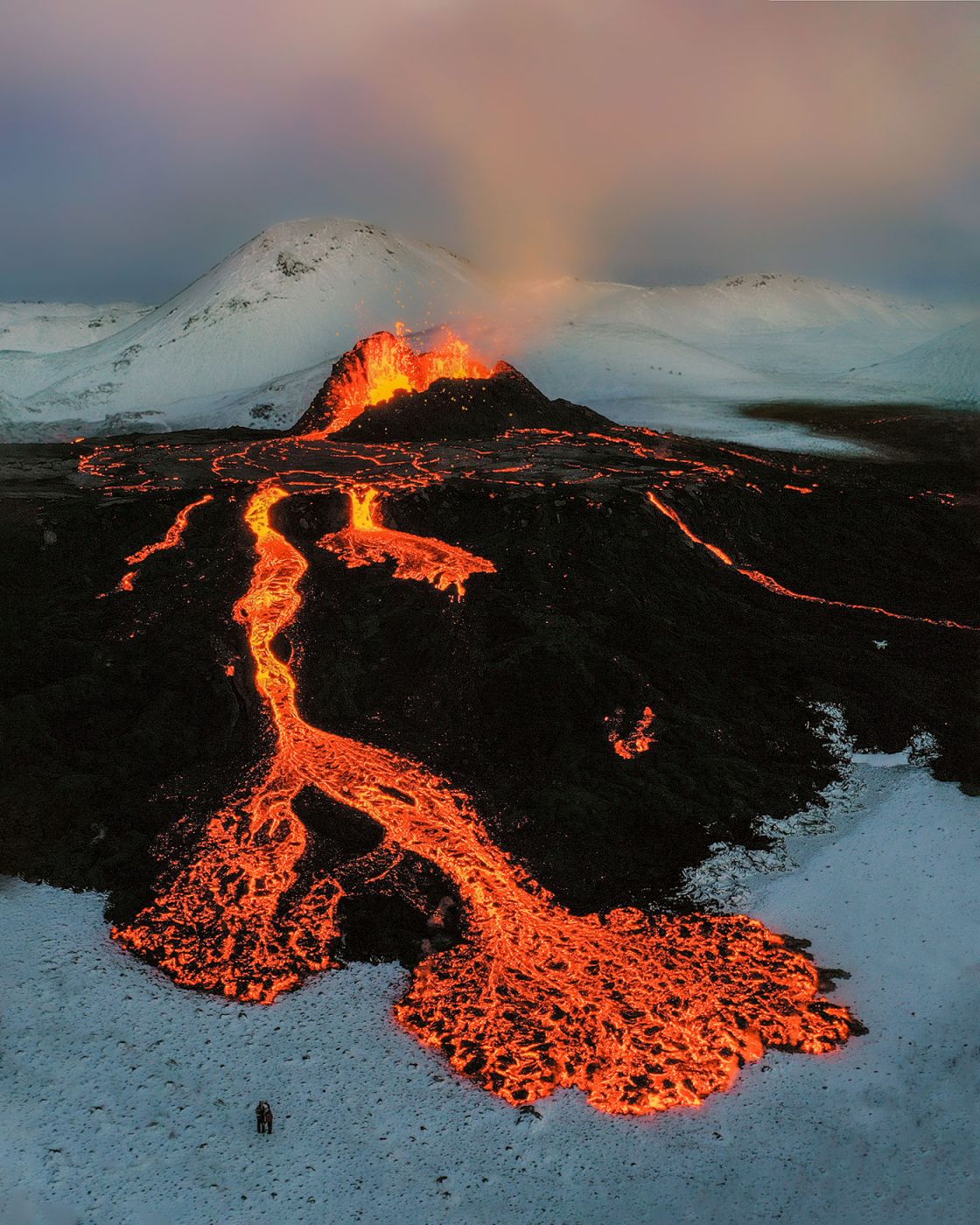 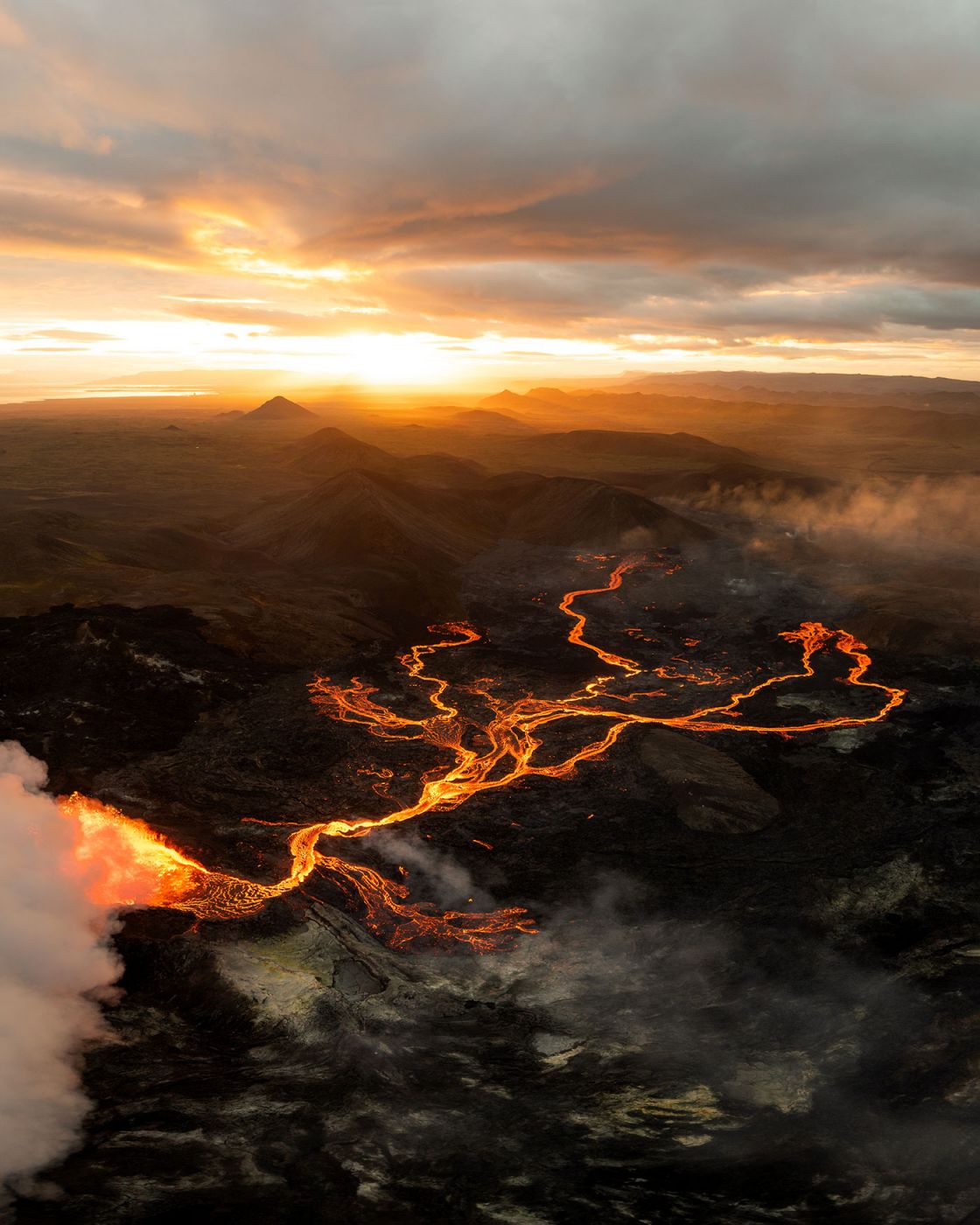 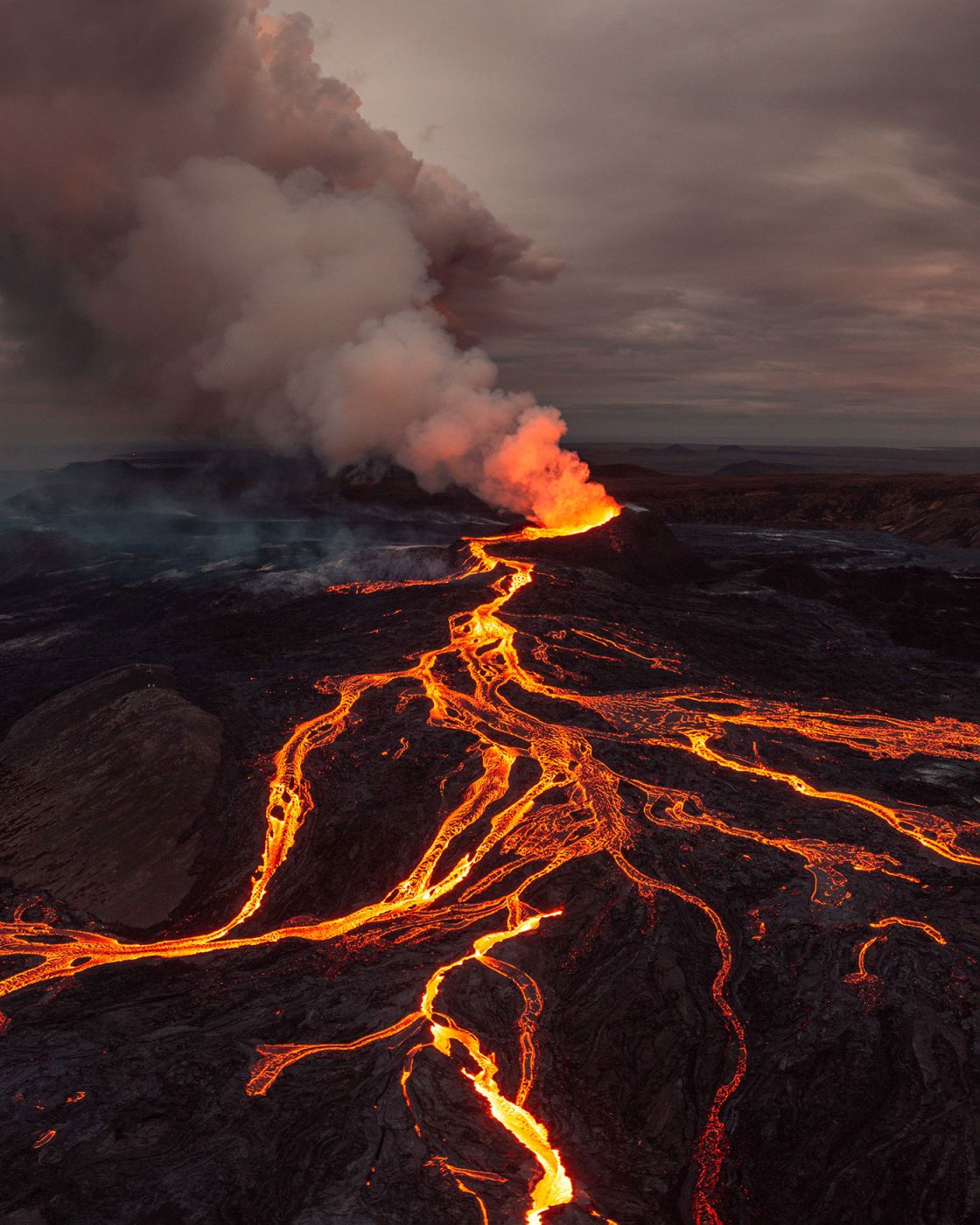 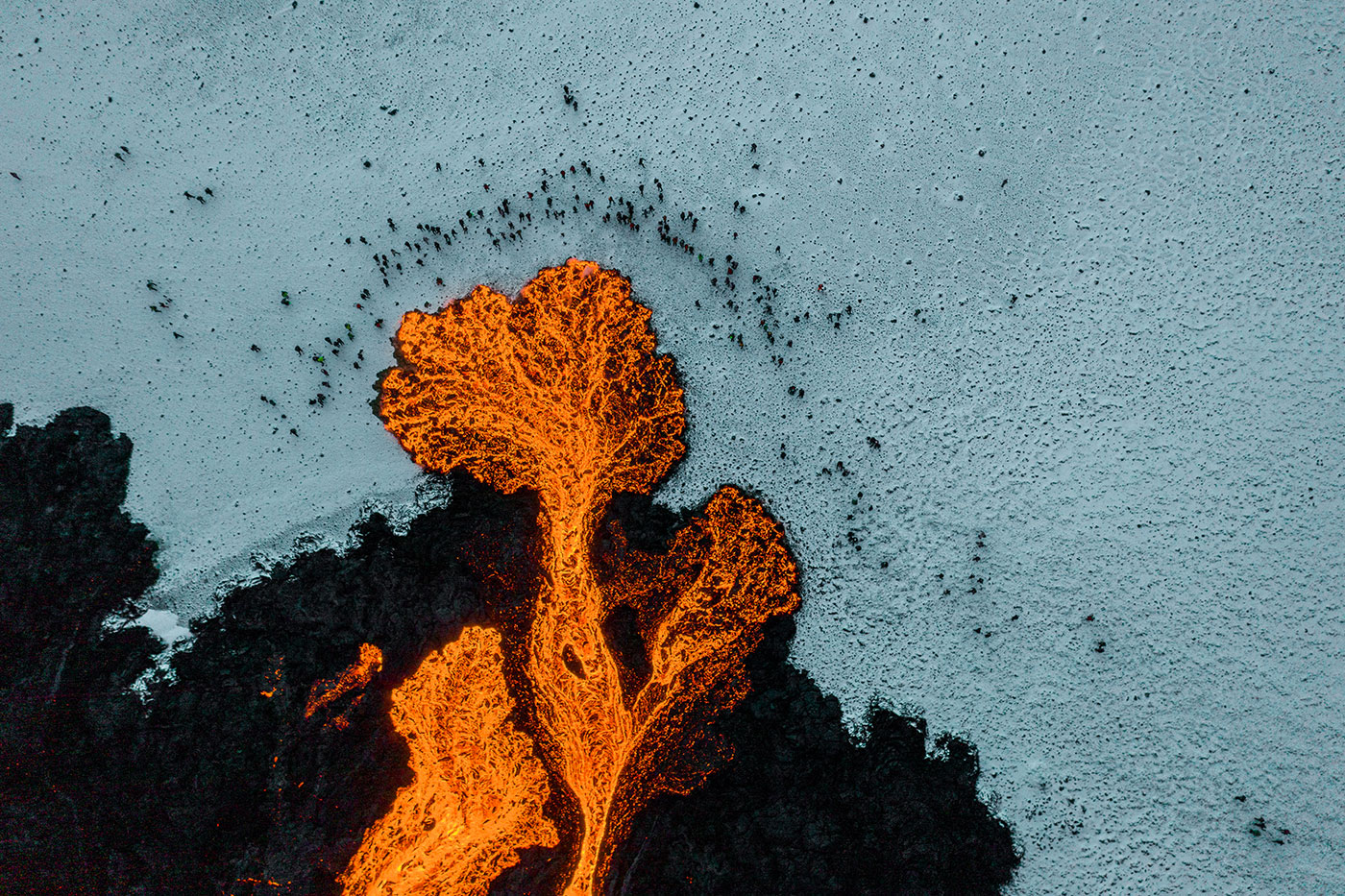 At this point, it was not clear how long the volcano would be active and we were expecting it to stop spewing every day. With each day we became more nervous and even on the last day of our quarantine, we couldn't wait to finally get our results so we could go. Another challenge was that you could only start the hike towards the volcano until 6 pm, so our result had to come in time. And it did!

It was already the beginning of April, but there was a delayed cold snap. The way to the volcano was thus quite exhausting, about 3 kilometers through scree because the paths were of course not developed. In addition, we were quite thickly wrapped, because during the hike suddenly came a snowstorm on - a wind of 50 km / h and -10 degrees Celsius. 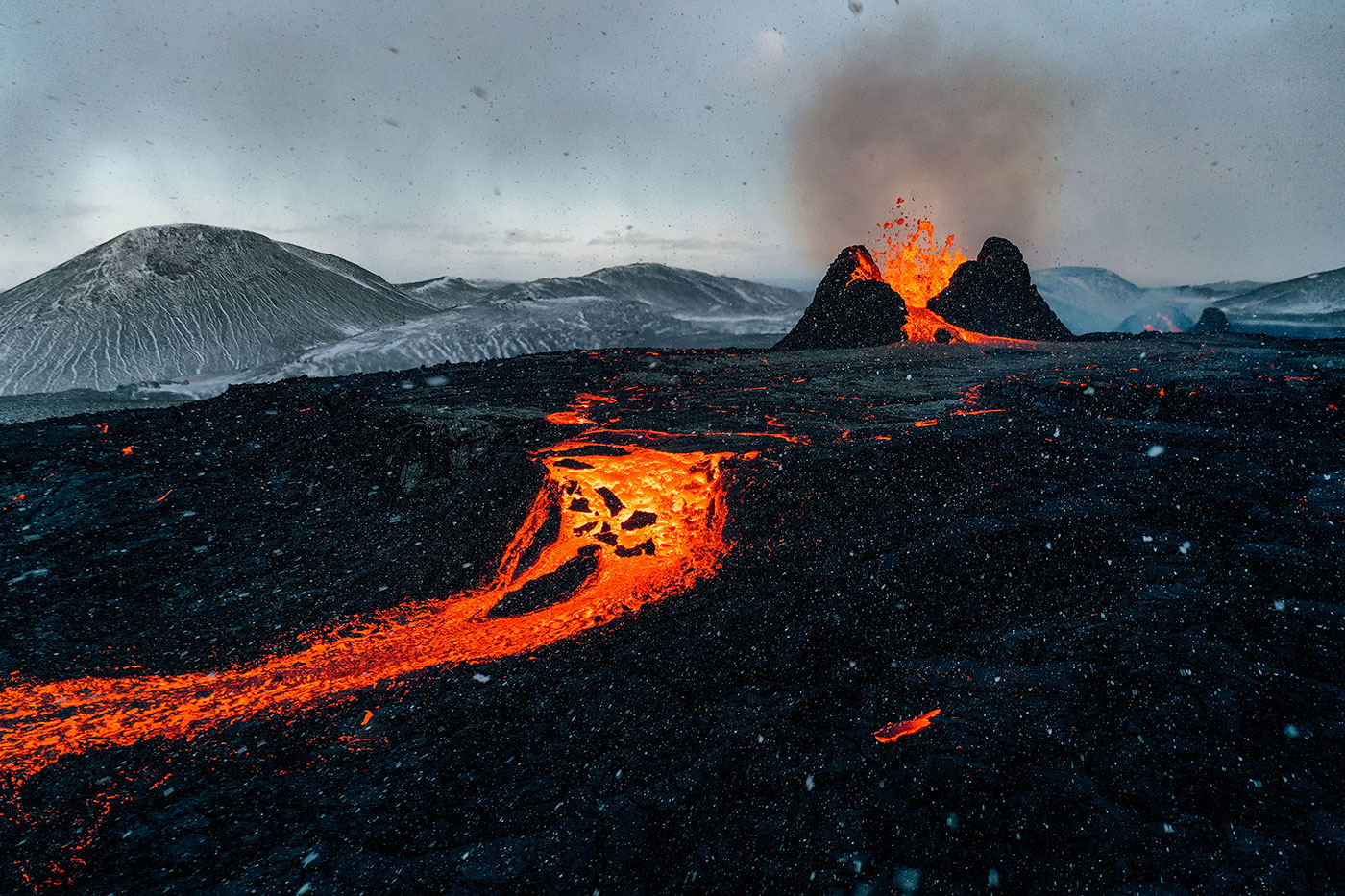 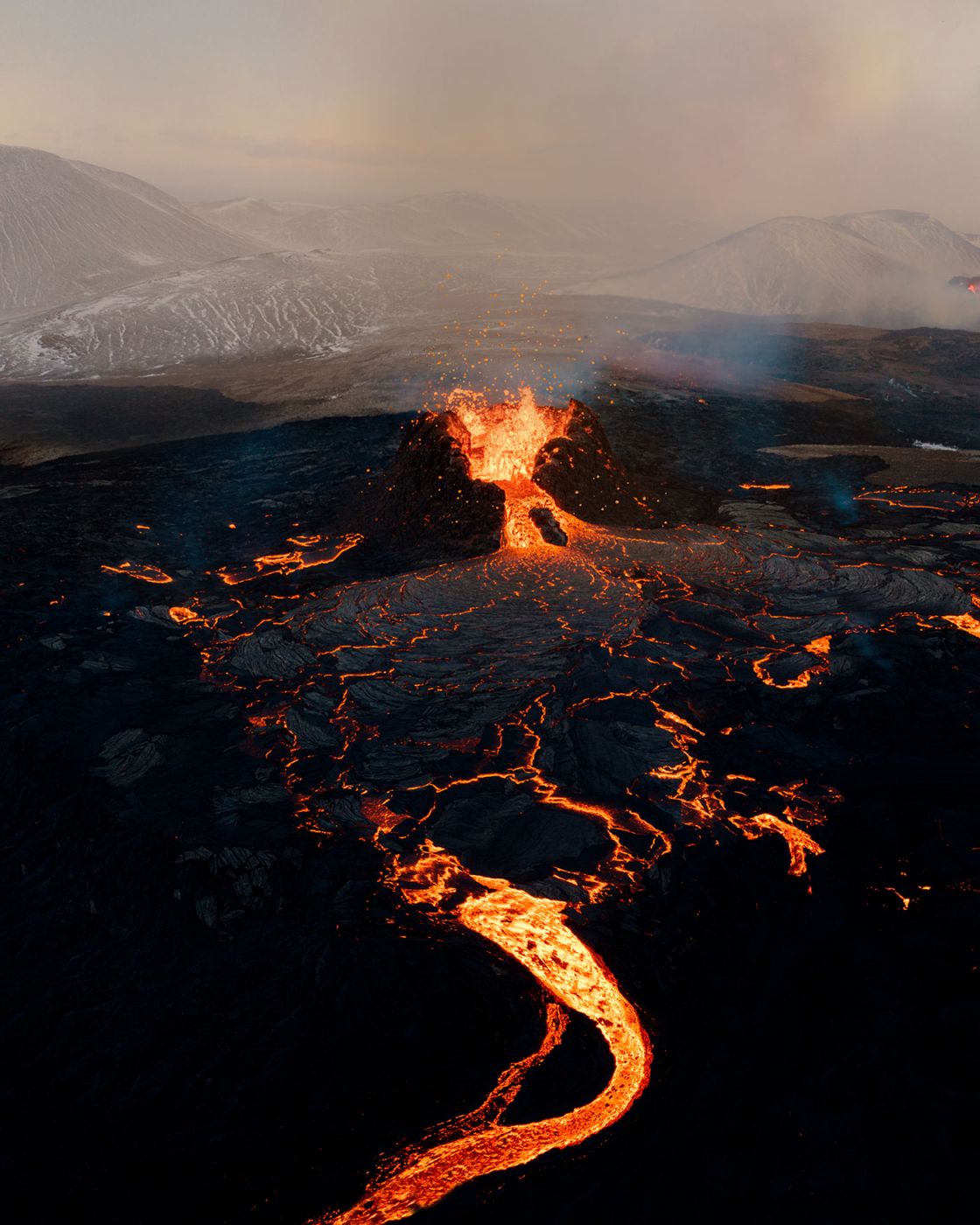 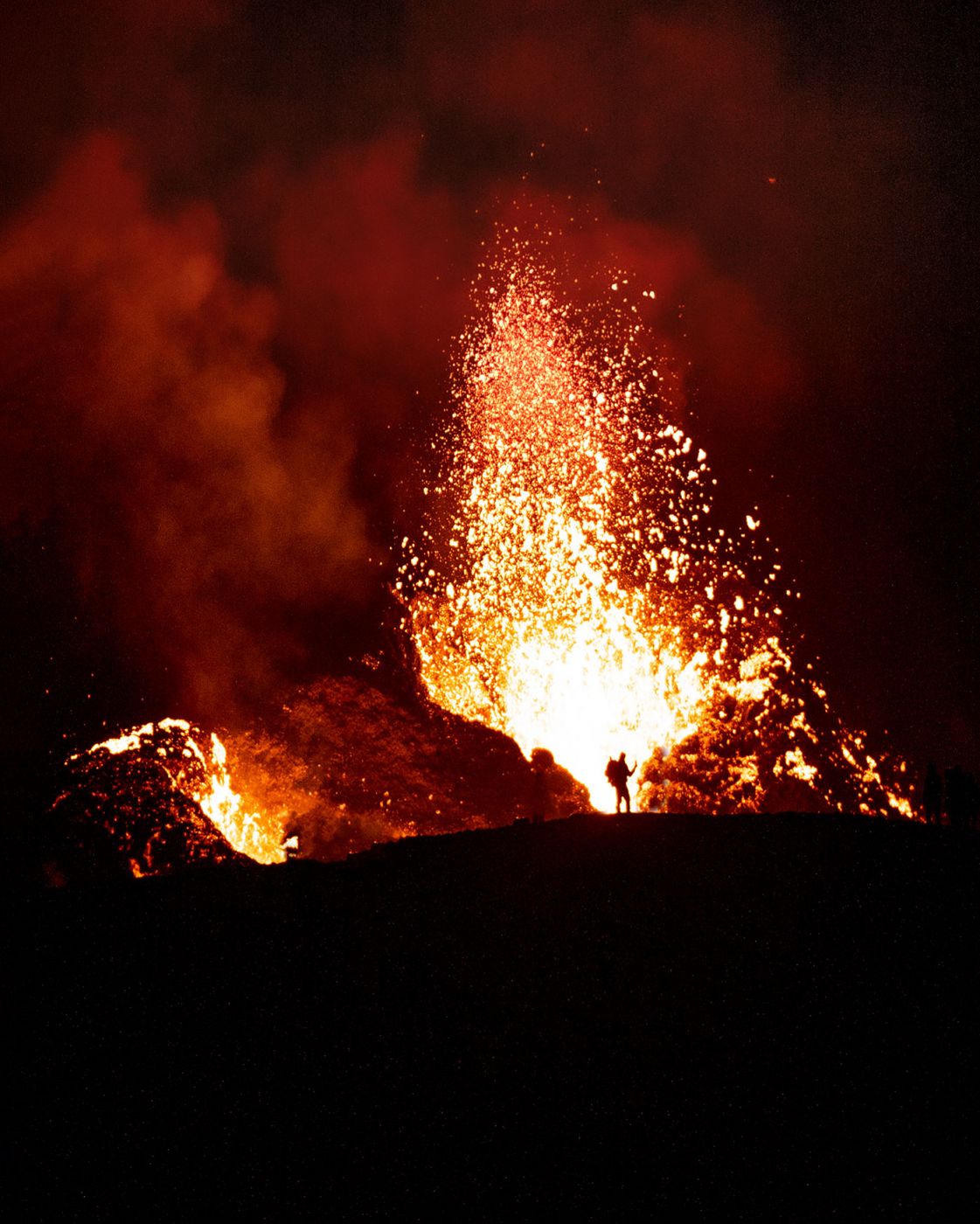 And then we stood there, eye to eye with the volcano. A small black cone from which glowing red lava flowed, on the white ground covered with snow. This was definitely jaw-dropping! And quite untypical for Iceland, we were almost the only foreigners - around us loud Icelanders. The lava flowed directly in front of our feet and we could warm ourselves at it like at a campfire. You could hear it crackle overall, when the lava brings the snow very quickly to melt, you could partly even smell the volcano. Again and again, new lava flows came and others went out and it was a magnificent spectacle of nature. Thus it could be held out well until after sunset, because the darker it became, the more powerfully the lava shone. 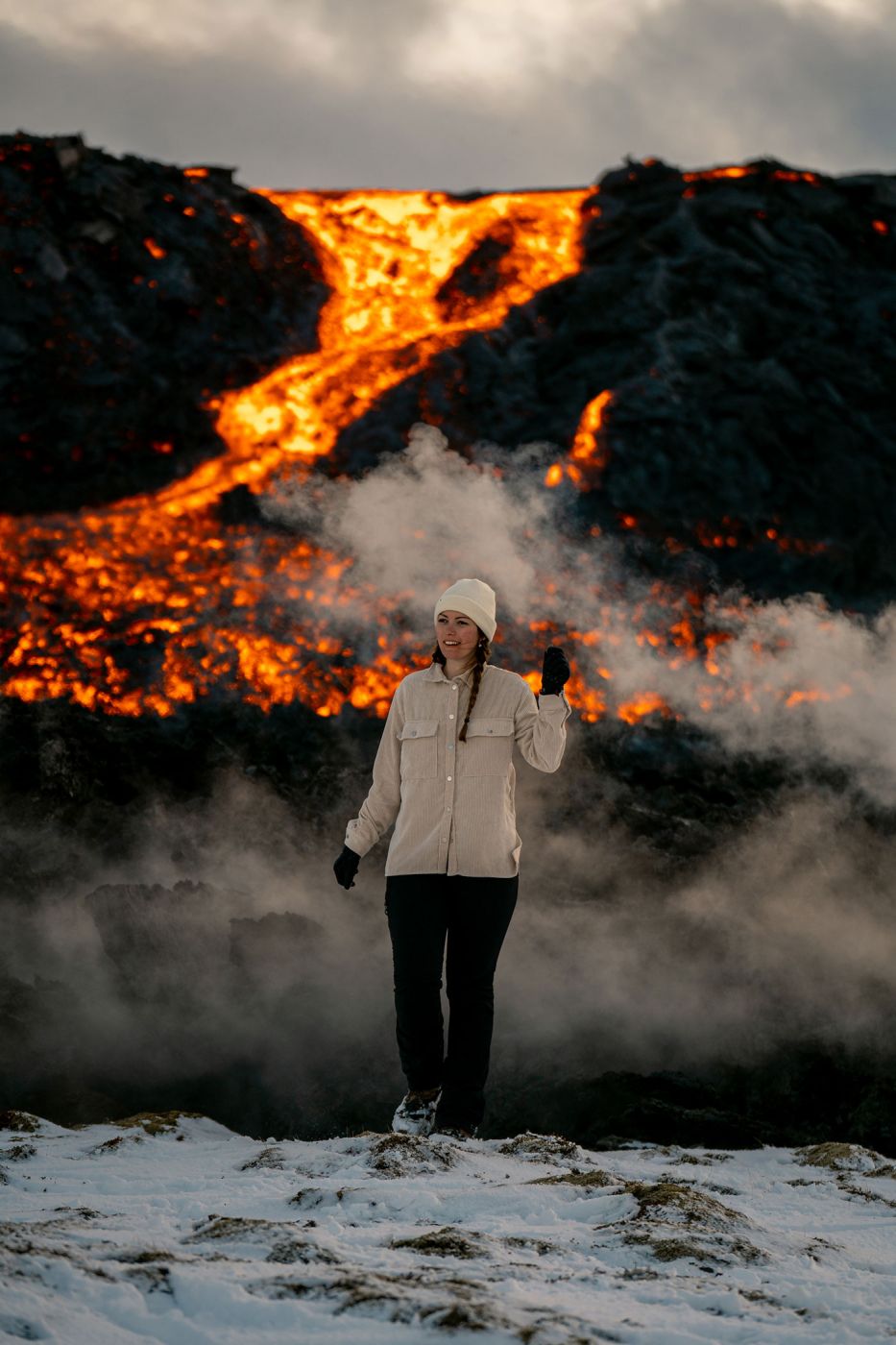 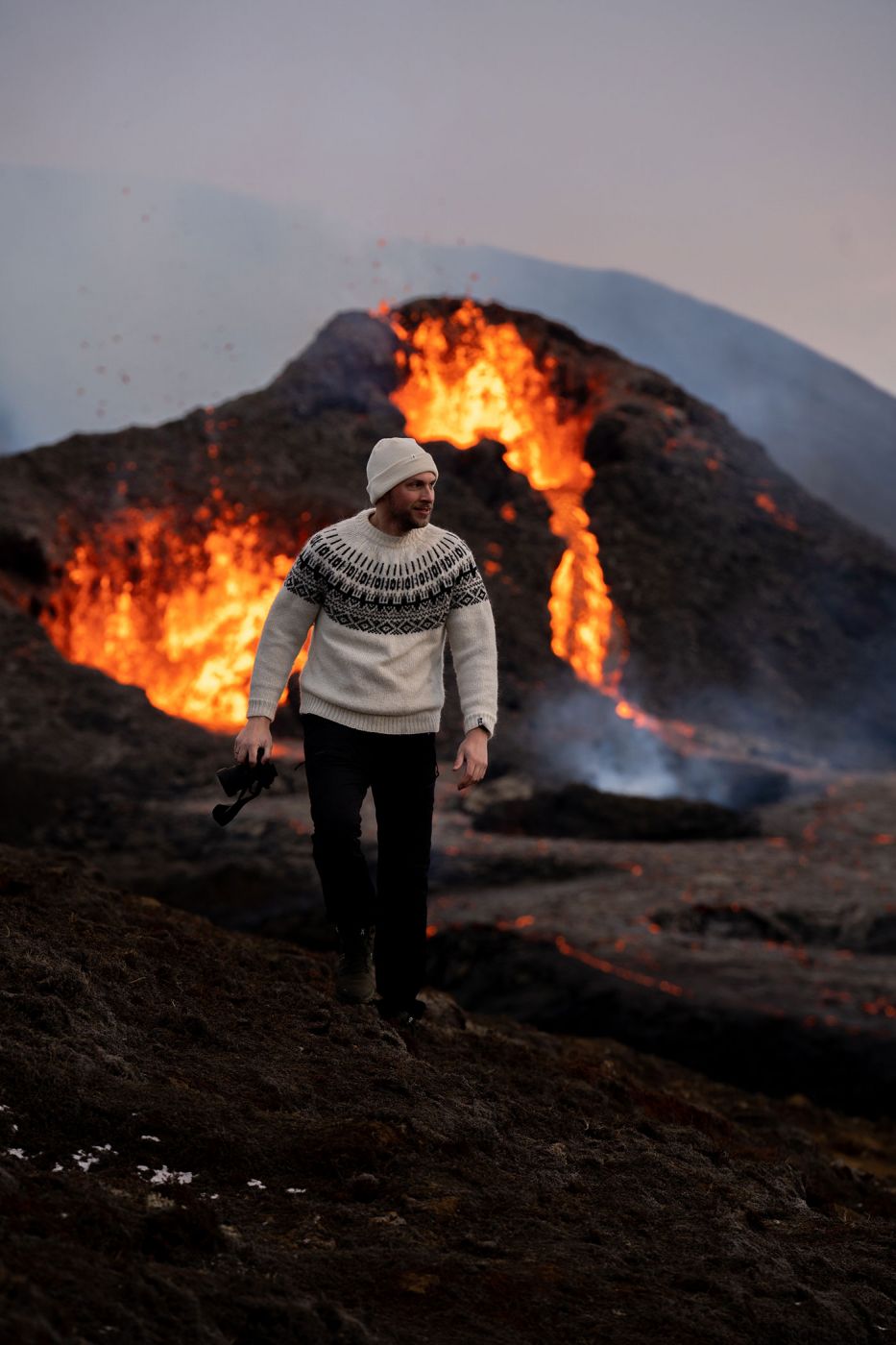 ... and this is Mathias from dreamteamaroundtheworld.de.

Around 10 p.m. the place was evacuated by the voluntary helpers and we had to make ourselves unfortunately again on the way home. On the way back, we were then additionally lucky that northern lights appeared in the sky and we could thus capture both the volcano and the northern lights on a photo - what an experience! 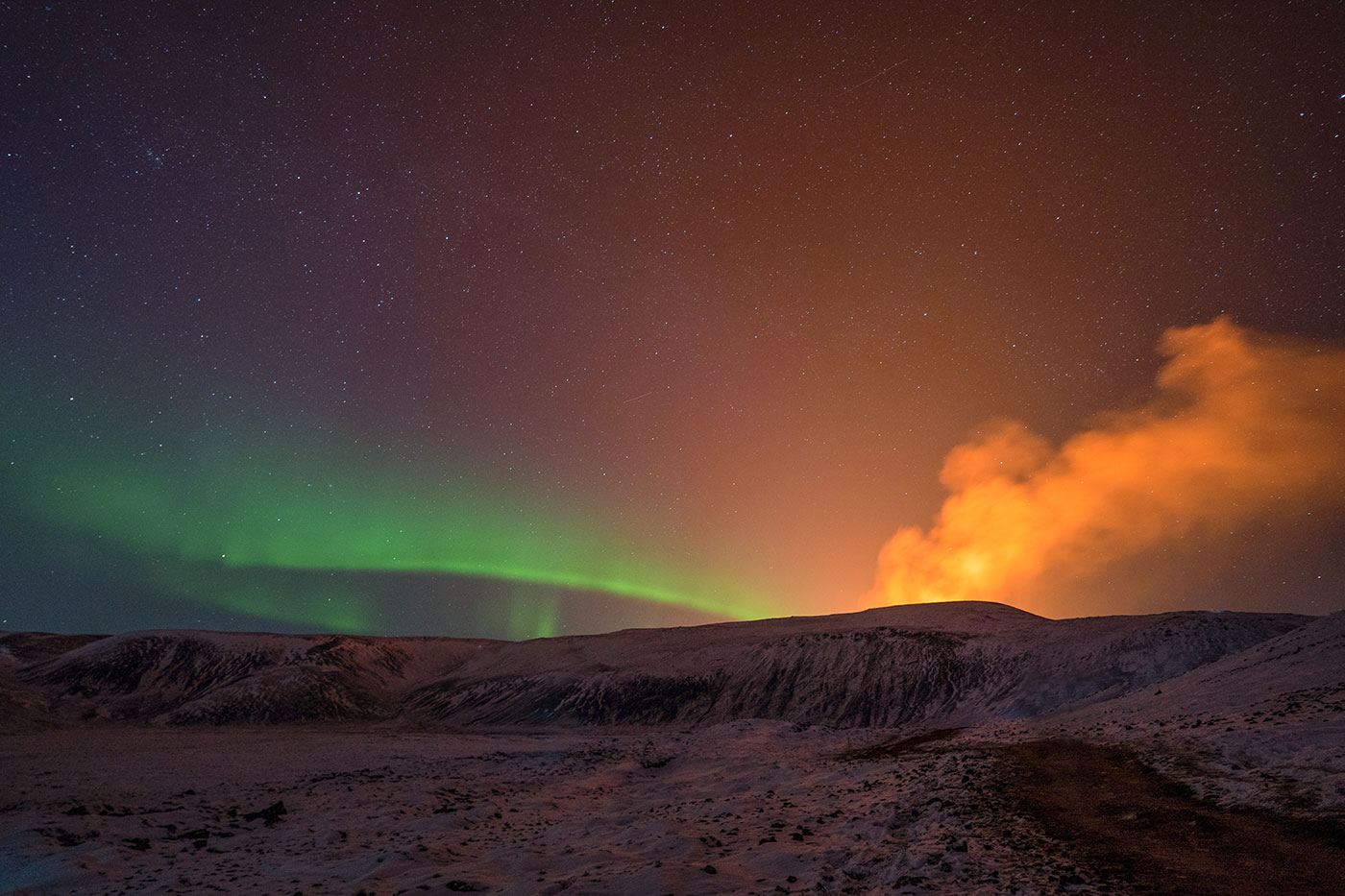 Volcano and the northern lights in one photo.

Johann Hornigold 26.09.2021
Wow, wow, wow, what an experience. Thanks for sharing these stunning pictures. All of us would have loved to be there but unfortunately not everyone can do it. That's why we appreciate the beautiful photographs you shared with everyone.

25.09.2021
Wow-what an experience, well-done guys to see the opportunity and taking it amazing. The drone footage gives so much perspective. Very envious! 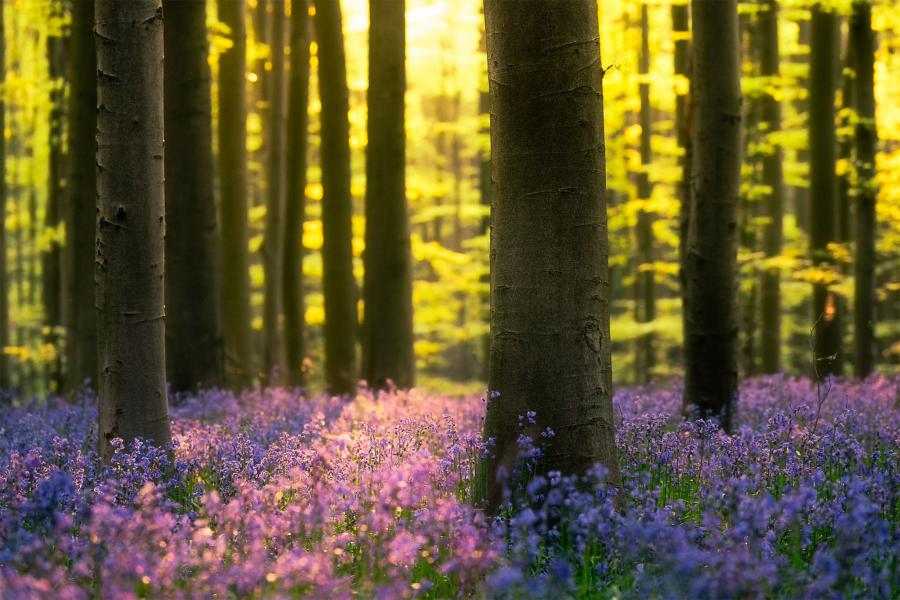