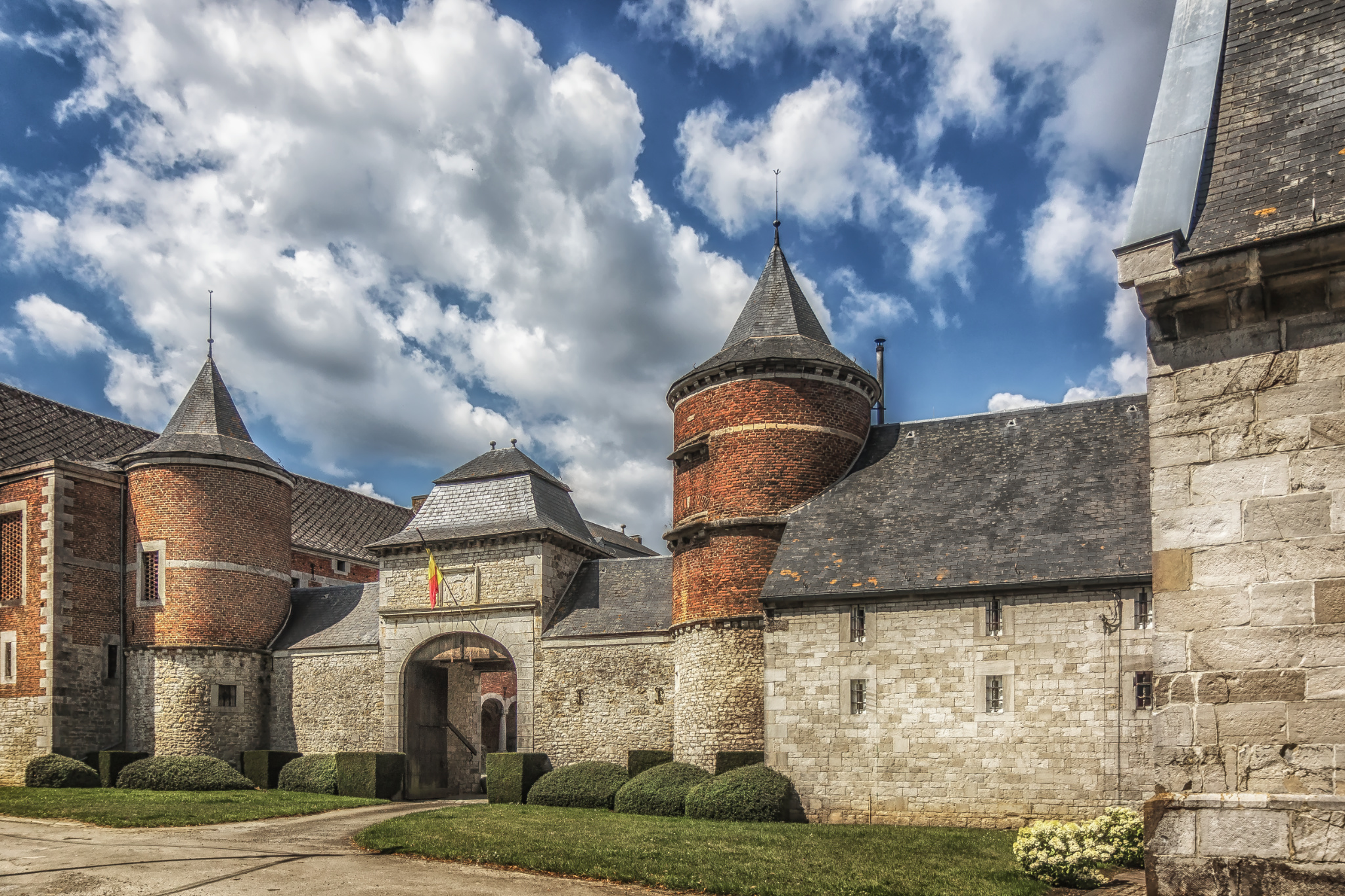 Felix Van Cakenberghe
0 Like11
This photo is copyrighted by the author.
Thank you for respecting the rights and efforts of our photographers. Please contact the author for further information.

Add photoBookmark
The castle-farm of Oultremont in Warnant has been the ancestral residence of the Counts of Oultremont since its construction in the 16th century. Built on a wooded site, with its farmhouse with two barns, its chapel and its gardens, the castle is a remarkable ensemble, witnessing the evolution of defensive architecture from the Middle Ages to the end of modern times. It is undoubtedly in a dungeon that its origin must be sought. In 1636, the first castle was destroyed and burnt down by Croatian militia during the Thirty Years' War.
The present edifice, however, dates mostly from the 17th and 18th century and was built in typical Mosan style, blending red bricks and grey stones.
The castle grounds are equipped with several harquebusieres. Although the castles of this period no longer play a strategic role, they still serve as places of refuge where people go to feel safe during the many wars that are fought on the territory of the Principality of Liège. Their walls still provide protection from a band of looters or deserters.
The House of Oultremont has its roots in the same village since the 11th century, which makes it one of the oldest families in Belgium. It is a very rare case in the eventful and troubled history of Belgium that a family should remain in possession of the place of which it bears the name uninterruptedly since the Middle Ages.
Crowd Factor Nearly no other people
Best Timing All timings are equally good
Sunrise & Sunset 08:22 - 17:21 | current local time: 19:22
Latitude & Longitude Please log in or sign up for free to see the geo position for this spot.
Locations Belgium OultremontOultremontBelgium
Photo Themes CastleCastle-farm
Please log in or sign up for free to see the exact geo details for this spot on a dynamic map.