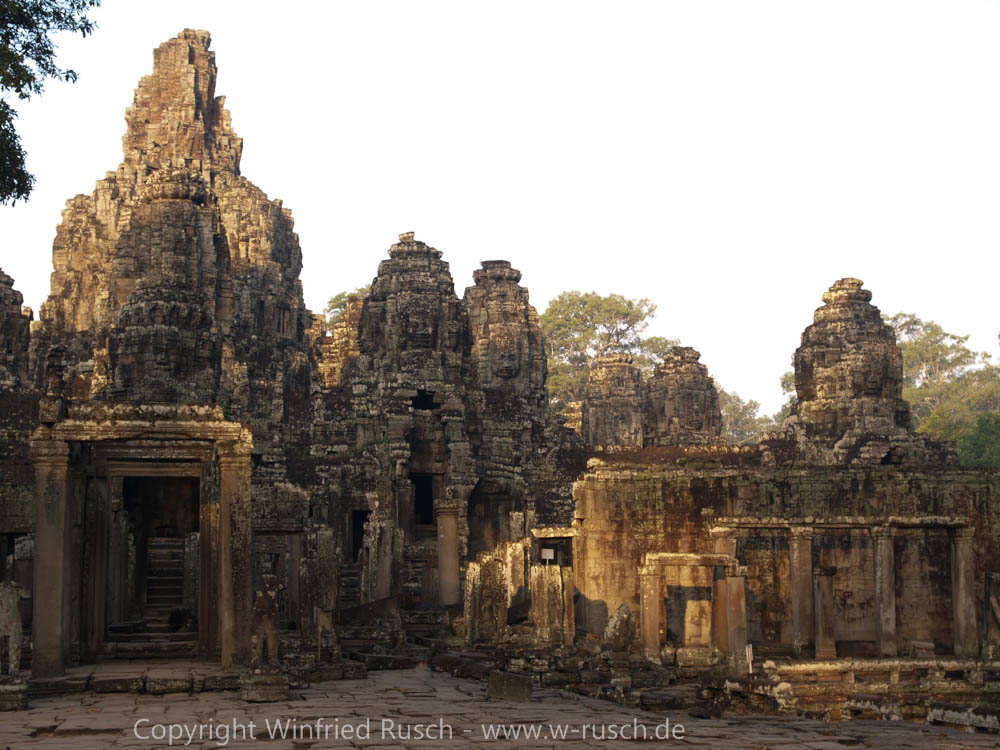 Edward
0 Like0
This photo is copyrighted by the author.
Thank you for respecting the rights and efforts of our photographers. Please contact the author for further information.

Add photoBookmark
The Bayon is a temple in the centre of Angkor. Built in the late 12th century. The architect is unknown (as far as I know) but the vision was amazing. Its on multiple levels and dominated by towers with a huge serene face on each side. Imagine the shock of the explorer who, hacking his way through the jungle, first came across such a face and then realised he was surrounded by them!

I wanted to go in there to see it by moonlight but it was way too dangerous. The Khmer Rouge were still there but on the decline so the risk of kidnap was also declining. Siem Reap had more amputees from land mines than anywhere outside Afghanistan at the time. Perhaps not surprisingly, we had the place to ourselves (we had a guide, whose job was to keep us away from the mines, nothing more). The down side was that it was before digital cameras so what I got on my film was what you see here.

You need transport between the various locations. From what I can see, there should be plenty now.

The local water is incredibly dangerous: when we were there, the UN soldiers who were stationed there were on daily Oxytetracycline for their whole stay. They even washed the top of a beer before opening it.
Crowd Factor Lots of people
Best Timing Blue hour/nighttime during spring
Sunrise & Sunset 05:48 - 18:33 | current local time: 22:39
Locations AsienKambodschaSiem Reap
Photo Themes bauwerkbayonheiligtumKhmerReligiontempeltempelanlageWelterbe
Please log in or sign up for free to see the exact geo details for this spot on a dynamic map.