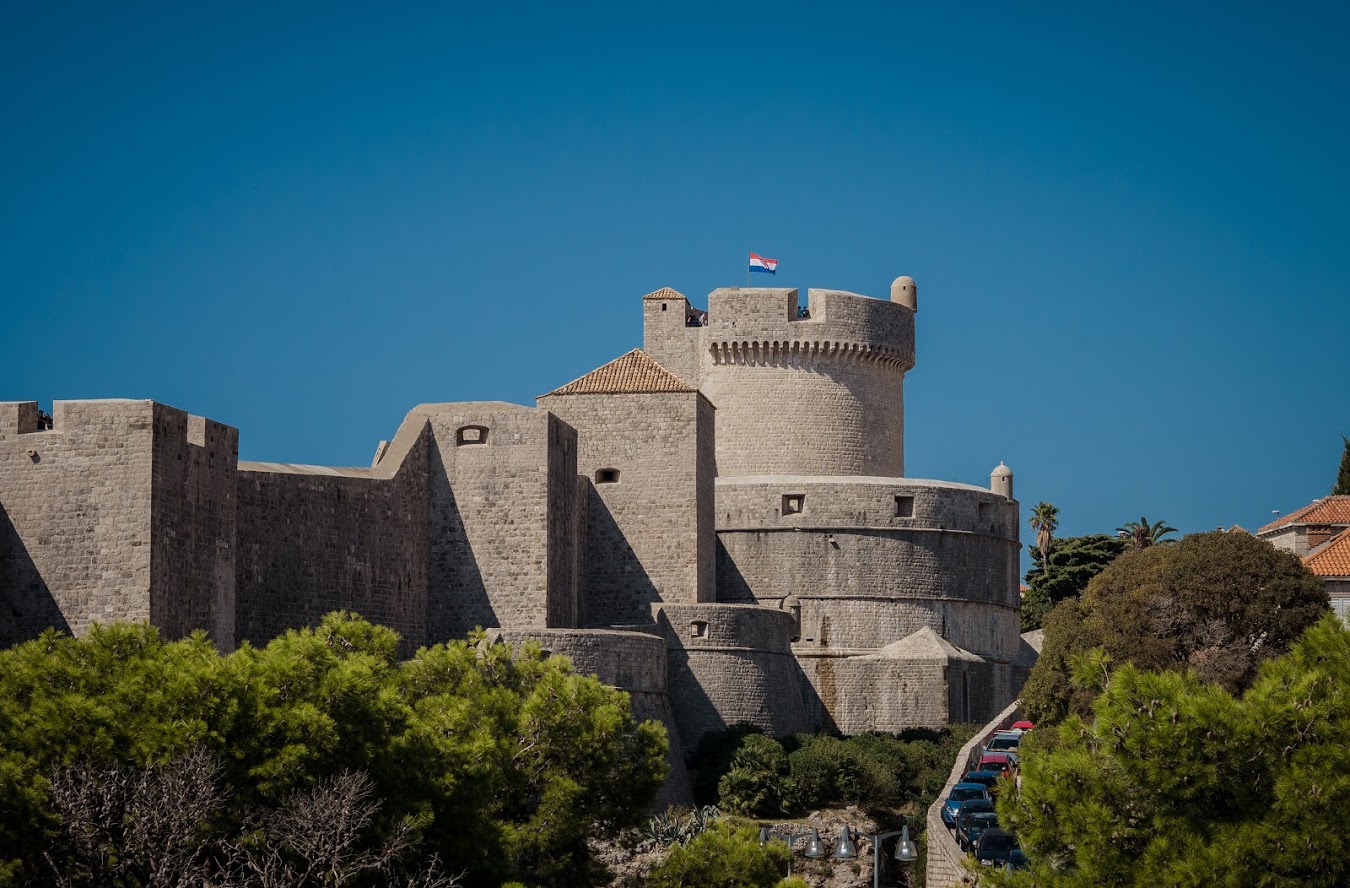 Anna Rusilko annarusilko.com/en
0Like10
This photo is copyrighted by the author.
Thank you for respecting the rights and efforts of our photographers. Please contact the author for further information.

Add photoBookmark
The Minčeta Tower was built by a local builder named Nicifor Ranjina and Italian engineers sent by Pope Pius II in 1463, at the height of the Turkish threat.[20] Originally as a strong four-sided fort, it is the most prominent point in the defensive system towards the land. The tower's name derives from the name of the Menčetić family, who owned the ground upon which the tower was built. By its height and impressive volume, the tower dominates the northwestern high part of the city and its walls.[13] In the middle of the 15th century, around the earlier quadrilateral fort, Michelozzo built a new round tower using new warfare technique and joined it to the new system of low scarp walls. The full six-meter (20 feet) thick walls of the new tower had a series of protected gun ports. The architect and sculptor Giorgio da Sebenico of Zadar continued the work on the Minčeta tower. He designed and built the high narrow round tower while the battlements are a later addition. The tower was completed in 1464 and became the symbol of the unconquerable city of Dubrovnik.[Note 3][13]

After a long excavation, a 16th-century cannon foundry was discovered under Minčeta Tower in Gornji ugao (Upper Tower). It is now a museum.[21]

Since Minčeta Tower is the highest point of the wall, it is considered to offer a seemingly "unforgettable" view on the city. (Wikipedia)
Crowd Factor Lots of people
Best Timing All timings are equally good
Sunrise & Sunset 07:11 - 16:45 | current local time: 23:02
Locations dalmatiaDubrovnikDubrovnik Old Townchroatia
Photo Themes city wallsTower
Please log in or sign up for free to see the exact geo details for this spot on a dynamic map.