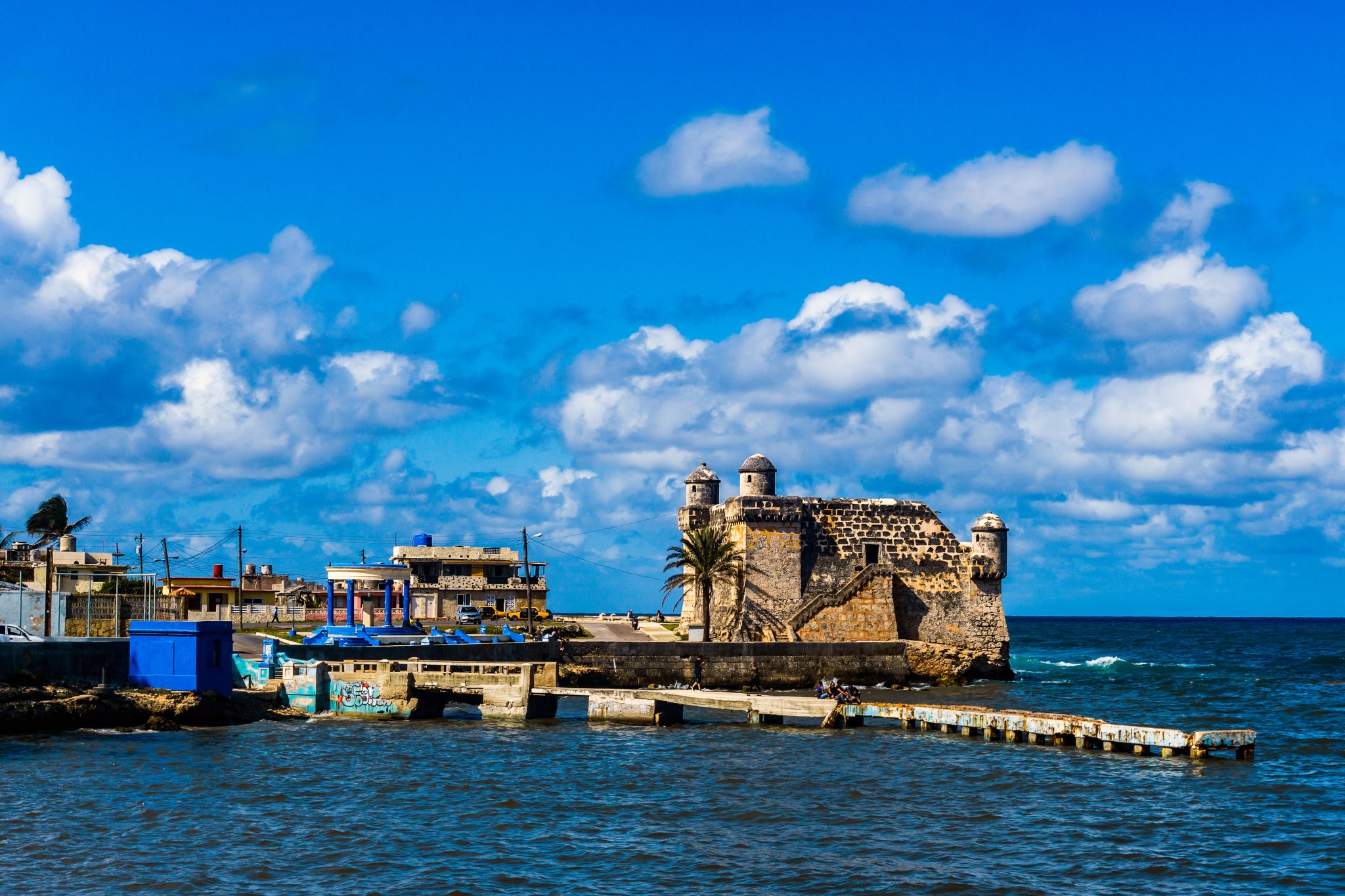 Christian Hellmich
licensable
0Like6
This photo is copyrighted by the author.
Thank you for respecting the rights and efforts of our photographers. Please contact the author for further information.

Add photoBookmark
Cojimar once was a small village east of Havana where a few fishermen were living. It is now part of ditrict Habana del Este (Eastern Havana), about 10 km west from the center.
Cojimar was founded by the Spain in 1649 when they erected the small castle you can see in the pictures.
It is famous because Ernest Hemingwas lived there for a few years. Also hid motoryacht "Pinar" was lying there in the harbour. There he wrote the novel "The Old Man and the Sea", describing the fight between the fisherman Santiago and a giant merlin.
After Hemingway's death 1961 a rondell was erected in Cojimar containing a bust of Hemingway (with a wrong date of birth on it)

Many agencies provide guided tours to the places where Hemingway lived on Cuba. This is was we did so we came there by a hired car with our guide. Therefore I can't give any information how to get there otherwise. But if you are driving yourself parking is not any problem.
Crowd Factor Nearly no other people
Best Timing Spring
Sunrise & Sunset 06:54 - 17:44 | current local time: 18:08
Locations HavannakubaHavanaHabanaCuba.Habana del Este
Photo Themes CastlefishermenHemingwayseashoreshorelineThe Old Man and the Seavilliage