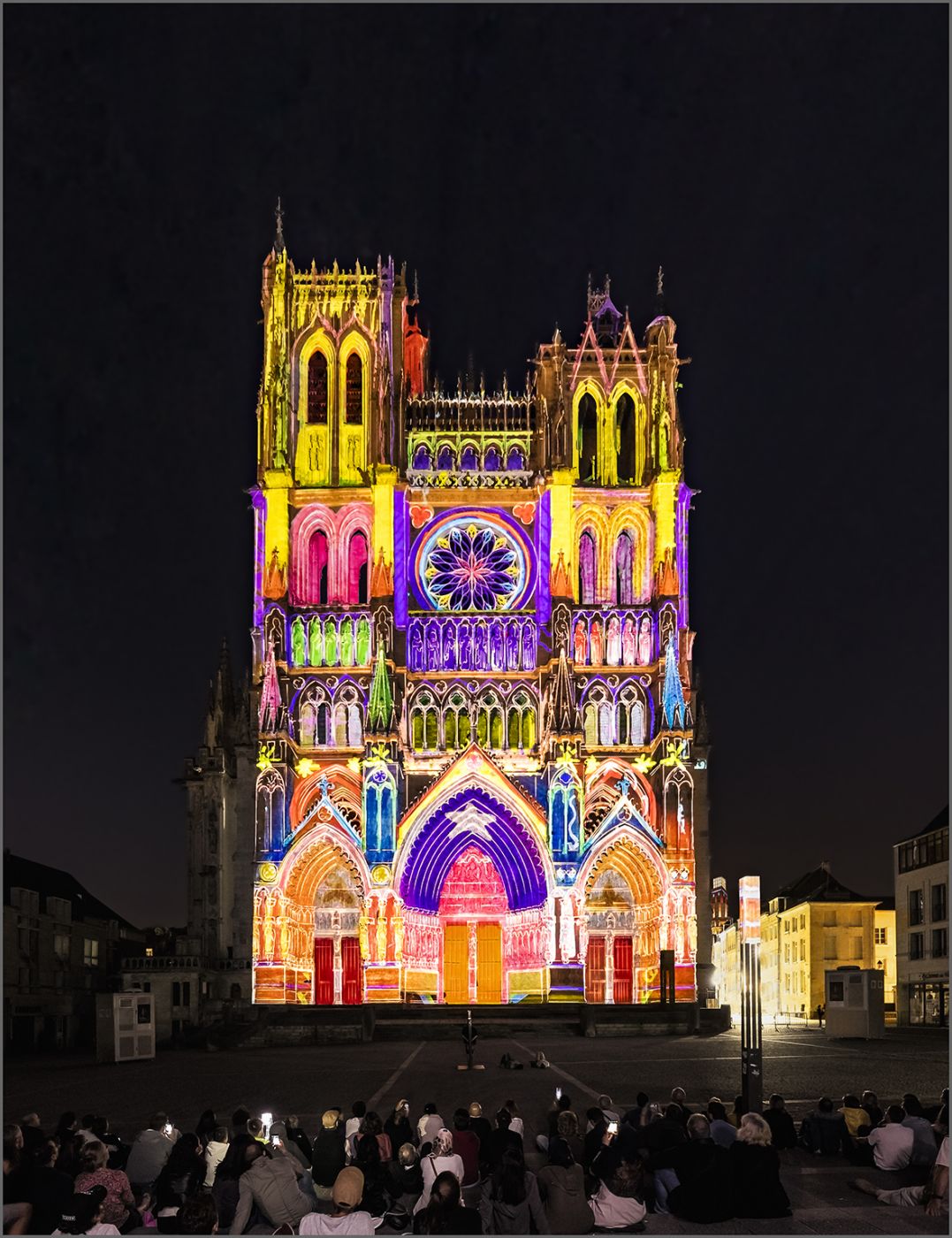 Kirsty Hunter
0Like0
This photo is copyrighted by the author.
Thank you for respecting the rights and efforts of our photographers. Please contact the author for further information.

Add photoBookmark
Cathedral of Amiens
... with night illumination of the west facade
The Cathedral Notre Dame d'Amiens is a gothic church in Amiens in France, built in 1854 by Pope Pius IX. was raised to the basilica minor.
Classified as a monument historique in 1862 and listed as a UNESCO World Heritage Site in 1981, this cultural monument has been part of the World Heritage Site "Way of St. James in France" since 1998. The sacral building has (except for the never completed Cathedral of Beauvais) highest nave vault of all French cathedrals (42.30 m), famous Bauplastik and an impressive west facade. Unlike almost all the other churches of the Middle Ages, their construction did not begin with the choir but with the nave.

In terms of architectural history, Notre-Dame d'Amiens is one of the three classic cathedrals of French high Gothic of the 13th century, alongside Notre-Dame de Chartres and Notre-Dame de Reims. It was the architectural model for the shortly after Cologne Cathedral and many centuries later for St. Patrick's Cathedral in New York
Quote: Wikipedia