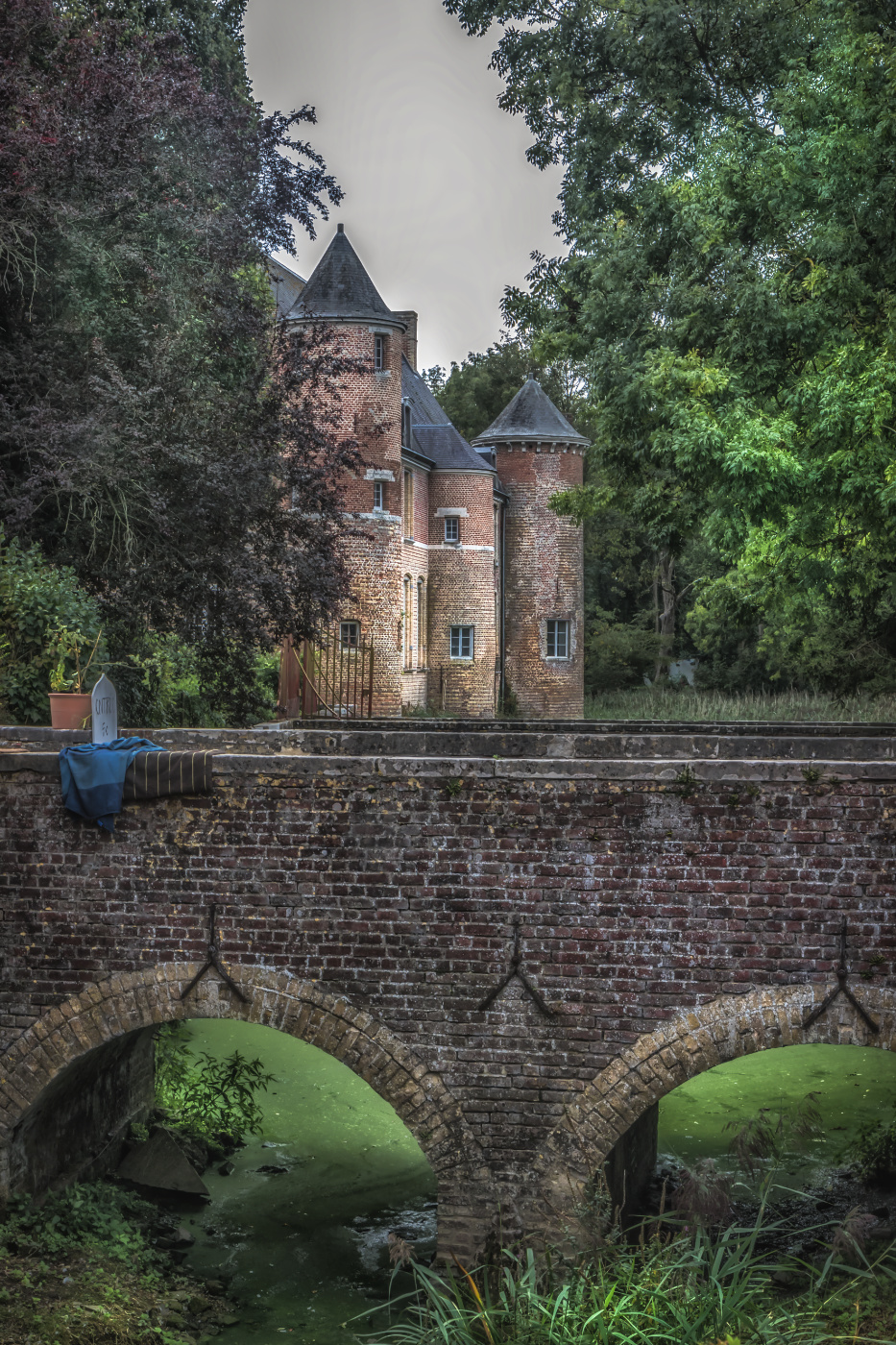 Felix Van Cakenberghe
0Like9
This photo is copyrighted by the author.
Thank you for respecting the rights and efforts of our photographers. Please contact the author for further information.

Add photoBookmark
The castle was already mentioned in 1299, when the daughter of Thierry d'Esquelbecq, Beatrix, married Gauthier Ghistelles. Their descendants owned the Esquelbecq castle until 1584, when the French lords were forced to sell their possessions in Flanders by the Spanish rulers.

The purchaser and new lord and earl of Esquelbecq was Valentin de Pardieu, governor of Gravelines, who led campaigns with the armies of Charles V. When he died without heirs in 1595, the castle of Esquelbecq was left to his nephew Philippe Levasseur de Guernonval. His descendants owned the castle for the next 225 years. In 1793, the Esquelbecq castle also suffered the wrath of the Patriots. Everything that reminded them of the Ancien Régime was looted, destroyed or removed. At the beginning of the 19th century, the castle was ruined by battles and 15 days of enemy occupation. The Guernonval family abandoned it and finally sold it in 1821 to Louis Colombier, a merchant from Lille.

In 1984, the keep collapsed. From 2000 to 2016, restoration work was carried out.
The castle, outbuildings and garden and landscape park are protected and listed on 17-08-1987.
Crowd Factor A decent amount of people
Best Timing All timings are equally good
Sunrise & Sunset 05:35 - 22:10 | current local time: 06:23
Locations Esquelbecq
Photo Themes Castlewater castle
Please log in or sign up for free to see the exact geo details for this spot on a dynamic map.