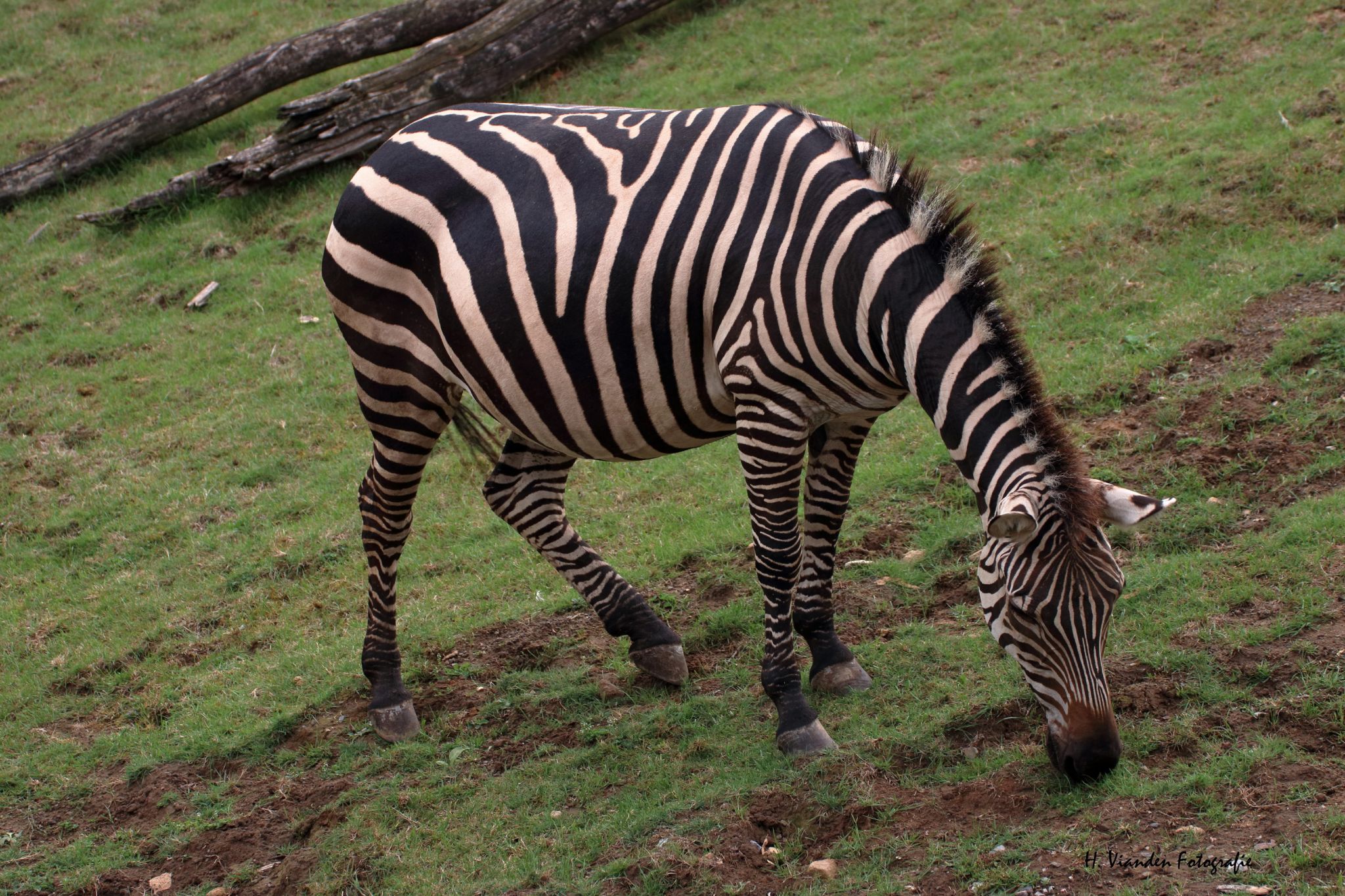 Heinrich Vianden www.heinrich-vianden-f…
0Like0
This photo is copyrighted by the author.
Thank you for respecting the rights and efforts of our photographers. Please contact the author for further information.

Add photoBookmark
Zebras reach a head body length of 210 to 300 centimetres, the tail becomes 40 to 60 centimetres long and the shoulder height is 110 to 160 centimetres. The weight varies between 180 and 450 kilograms. The Grevy Zebra is the largest zebra and the largest wild horse species. They are characterized by their typical striped pattern, but differ significantly in their appearance.
If there are several zebras on one spot, it is difficult to see the outline of a single animal

The developmental origin of the stripes has not yet been fully clarified. It is known from related animals that the melanocytes - pigment cells that stain the coat dark - migrate from the neural crest located on the back towards the abdomen during embryonic development. It is unclear whether the melanocytes do not migrate into the white areas of the zebra, whether they are killed in these areas or whether pigment production is simply inhibited there. It is also unknown how the stripe-shaped regulation is managed on the genetic level.

The different number of stripes of the three zebra species is also striking: While the Grevy's zebra has about 80 stripes, the mountain zebra has only about 45 and the plains zebra even only about 30. According to a hypothesis by Jonathan Bard, the stripes are about 0.4 millimetres (about 20 cells) wide in all species at the time of their development. However, according to Bard, this development takes place at different times in the development of the three species, and in the Grevy's zebra it takes place later, after about 35 days, so that the embryo is larger there and there is room for more strips. In the mountain zebra, on the other hand, the stripes form after 28 days, in the plains zebra already after 21 days, which leads to a lower number of stripes.

There are several attempts to explain the evolutionary development of the stripes; a combination of several beneficial effects is also conceivable.