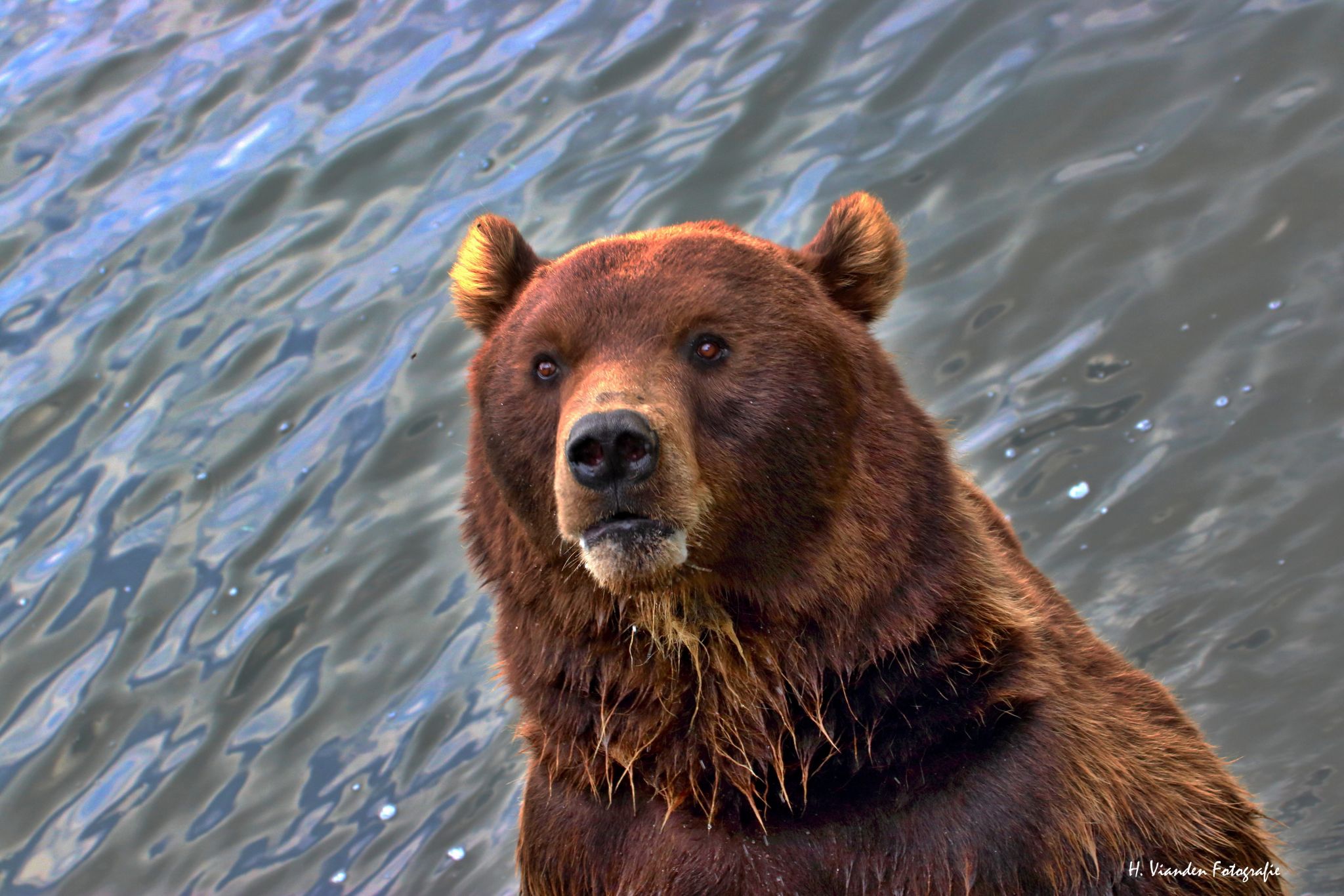 Heinrich Vianden www.heinrich-vianden-f…
0Like4
This photo is copyrighted by the author.
Thank you for respecting the rights and efforts of our photographers. Please contact the author for further information.

Add photoBookmark
The brown bear is a phylogenomically very well studied species. This is mainly due to the fact that conservationists who were planning projects to reintroduce or support small local populations wanted to know if they were inadvertently releasing the wrong brown bears in their area. The advantage of genetic methods over morphological ones is that samples of hair, faeces or excavated sub-fossil remains can also be analysed. Thus, the data base of the processing is broader.

As a result of the investigations it was found that European brown bears belong to two strongly separated genetic lines. One of them ("Klade I") comprises the bears of Western Europe, including those of Spain and the Pyrenees, Italy, the Northwestern Balkans and parts of Romania and Western Scandinavia (as well as subfossil remains of bears from North Africa and the Levant). The other ("Klade IIIa") includes the bears of Eastern Europe, the Balkans, Northern Scandinavia, most of the Middle East, almost all of Northern Asia and the most northwestern North America (especially Western Alaska). The bears of Klade IIIa are more closely related to the bears of Northern Canada and Eastern Alaska (Klade IIIb) than to those of Western Europe These results are mainly based on the analysis of mtDNA, i.e. the female maternal lineage. If core genes (inherited in both sexes) are also included in the analysis, it becomes clear that there is definitely gene flow between the different populations, but this is mainly based on the paternal line. This is probably due to the fact that the brown bear males are considerably more vaguely than the females and travel longer distances. In any case, the conventional subspecies are not reproducible according to the genetic data. The western and the eastern line, however, are in contact with each other only in two regions. While in Romania they are actually sympatric, in Scandinavia both populations are at least 130 kilometres apart in their distribution.

Arrival by train, pers car and public transport.
The bus stop and car park are located directly at the entrance to the zoo
Crowd Factor Lots of people
Best Timing Summer
Sunrise & Sunset 08:08 - 18:23 | current local time: 13:02
Locations ZOOM Erlebnispark Gelsenkirchen
Photo Themes säugetiere
Please log in or sign up for free to see the exact geo details for this spot on a dynamic map.