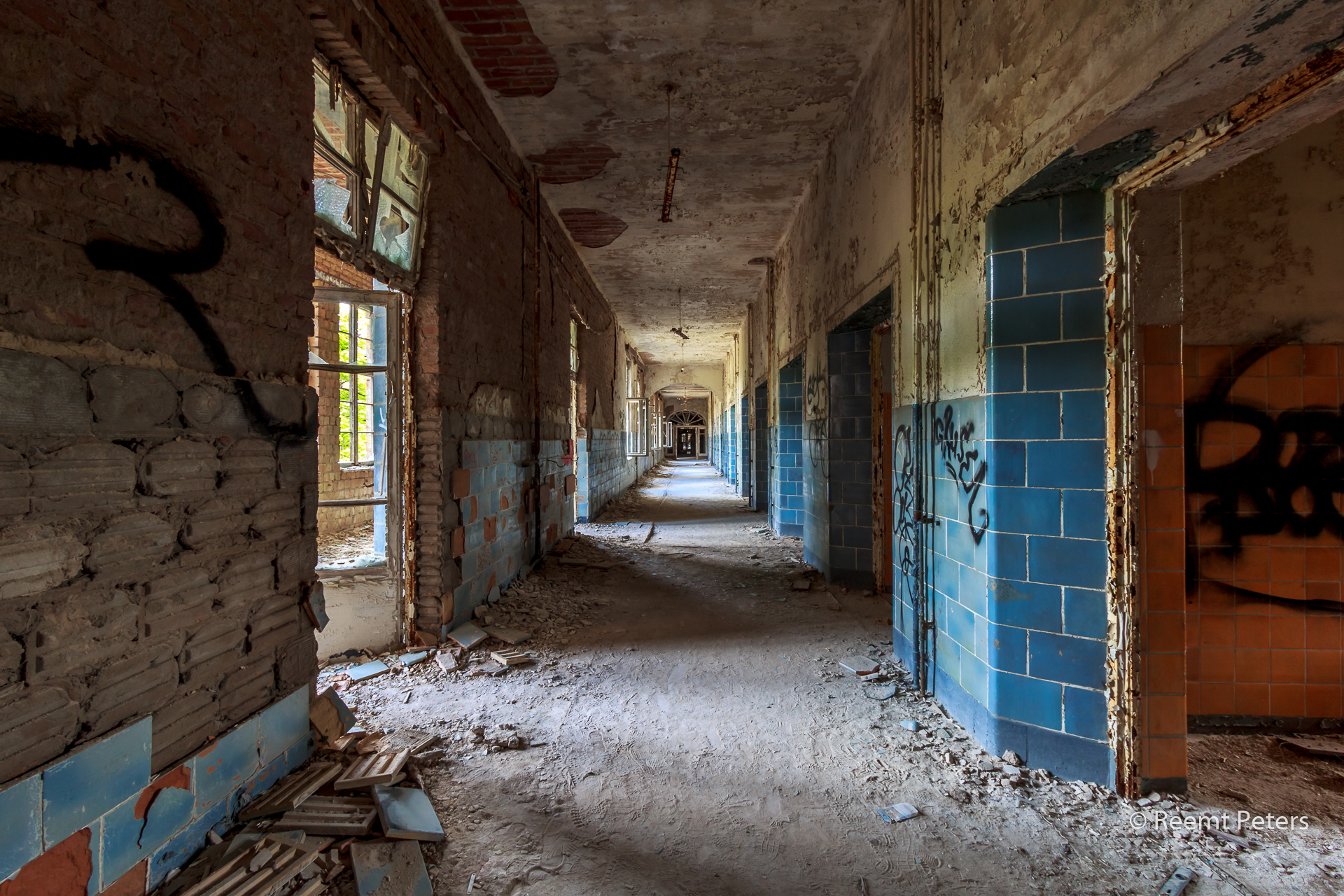 highway13
0Like8
This photo is copyrighted by the author.
Thank you for respecting the rights and efforts of our photographers. Please contact the author for further information.

Add photoBookmark
The built 1898-1930 by the Landesversicherungsanstalt Berlin "Workers tuberculosis sanatoriums" constitute one of the largest hospital complexes in the surrounding areas.

The whole system was exemplary for its time and shows with which social commitment and medical expenses against tuberculosis has been taken as the devastating common disease to the late 19th century. The location in Beelitz offered in addition to the excellent connection to Berlin and Potsdam region due to its location in a large forest area, the necessary climatic conditions for the care of patients: quiet and sheltered from the wind with a smoke- and dust-free air.

The combination of unusual architecture and decay makes the sanatoriums a popular motif for film productions. In addition to numerous television and student films also parts Polanski The Pianist, Wolfgang Becker were Sick House, Valkyrie with Tom Cruise and other feature films in the sanatoriums.

1991 took place 800 meters from the sanatoriums removed a cruel double murder. The 34-year-old wife of a Russian doctor of the clinic, was killed together with her three month old baby, from the as Rosa giant became known serial killer Wolfgang Schmidt. 2008 murdered a photographer who took the sanatorium as a backdrop, a photo model, which he had met on the internet and also passed on the dead.

The complete area is closed. To get access you have to book a guided Tour at the the Team of go2know.de
Crowd Factor Just a few people
Best Timing Daytime
Sunrise & Sunset 07:58 - 16:42 | current local time: 17:27
Locations Heilstätten BeelitzBeelitz
Photo Themes AbandonedExploringLosturbanUrbex
Please log in or sign up for free to see the exact geo details for this spot on a dynamic map.