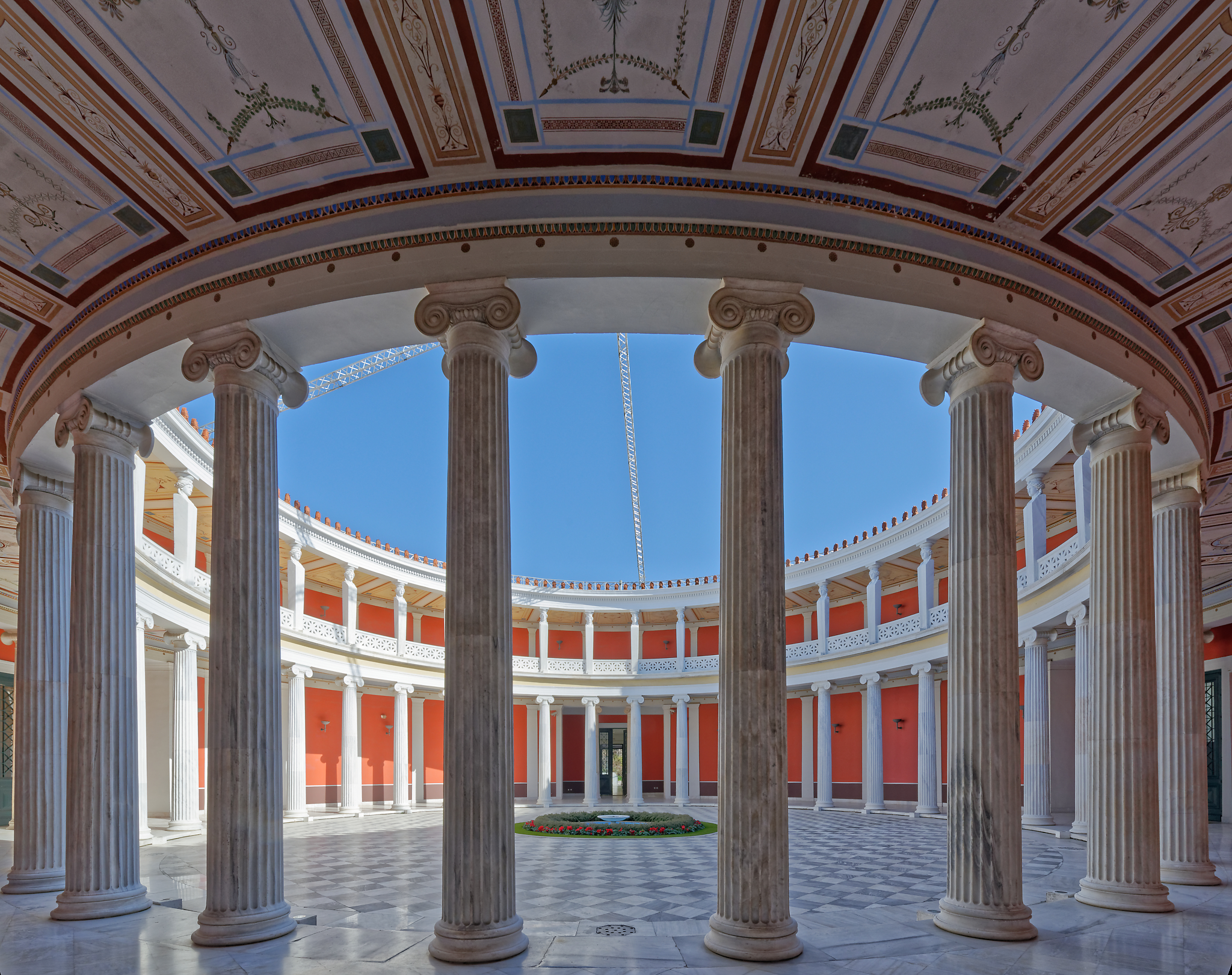 Alona Azaria
0Like27
This photo is copyrighted by the author.
Thank you for respecting the rights and efforts of our photographers. Please contact the author for further information.

Add photoBookmark
In 1869 the Parliament of the Hellenes made approximately 80,000 sq. meters of public land available between the temple of Olympian Zeus and what, were then, the palace gardens. This took into account Zappas wish for the building to be as close as possible to the Stadium. At that time the architect Anastasios Theophilas was called upon to amend the initial design of Francois Boulanger.
After some delays, the cornerstone was laid on January 20th,1874. In the mid- 1880s, Konstantinos Zappas assigned the Danish architect Theophil Hansen to create a new design, even if it meant sacrificing the walls that had already been built. But the professional bickering between these well known architects of the era and the hints of serious financial misappropriation led to long delays, and the works came to a halt twice. The building was eventually inaugurated with all due pomp on October 20th,1888.
The Zappeion Exhibition Hall was the first building in the world to be constructed in order to serve Olympic needs. Its architecture is in the neoclassical order, with a Corinthian portico, and an organization of spaces that is fully in harmony with the purpose for which it was built. This building, the three-arched stone bridge over the Ilissus River that had been repaired, also at the expense of Evangelis Zappas, and the surrounding gardens give us a charming picture of Athens in the early 20th century.

This is a walking distance from Athens Syntagma square, and I recommend walking by foot rather than taking your car.
Crowd Factor Just a few people
Best Timing All timings are equally good
Sunrise & Sunset 07:33 - 17:41 | current local time: 22:26
Locations Athensnational garden
Photo Themes ArchitectureExhibiton hallpillars
Please log in or sign up for free to see the exact geo details for this spot on a dynamic map.