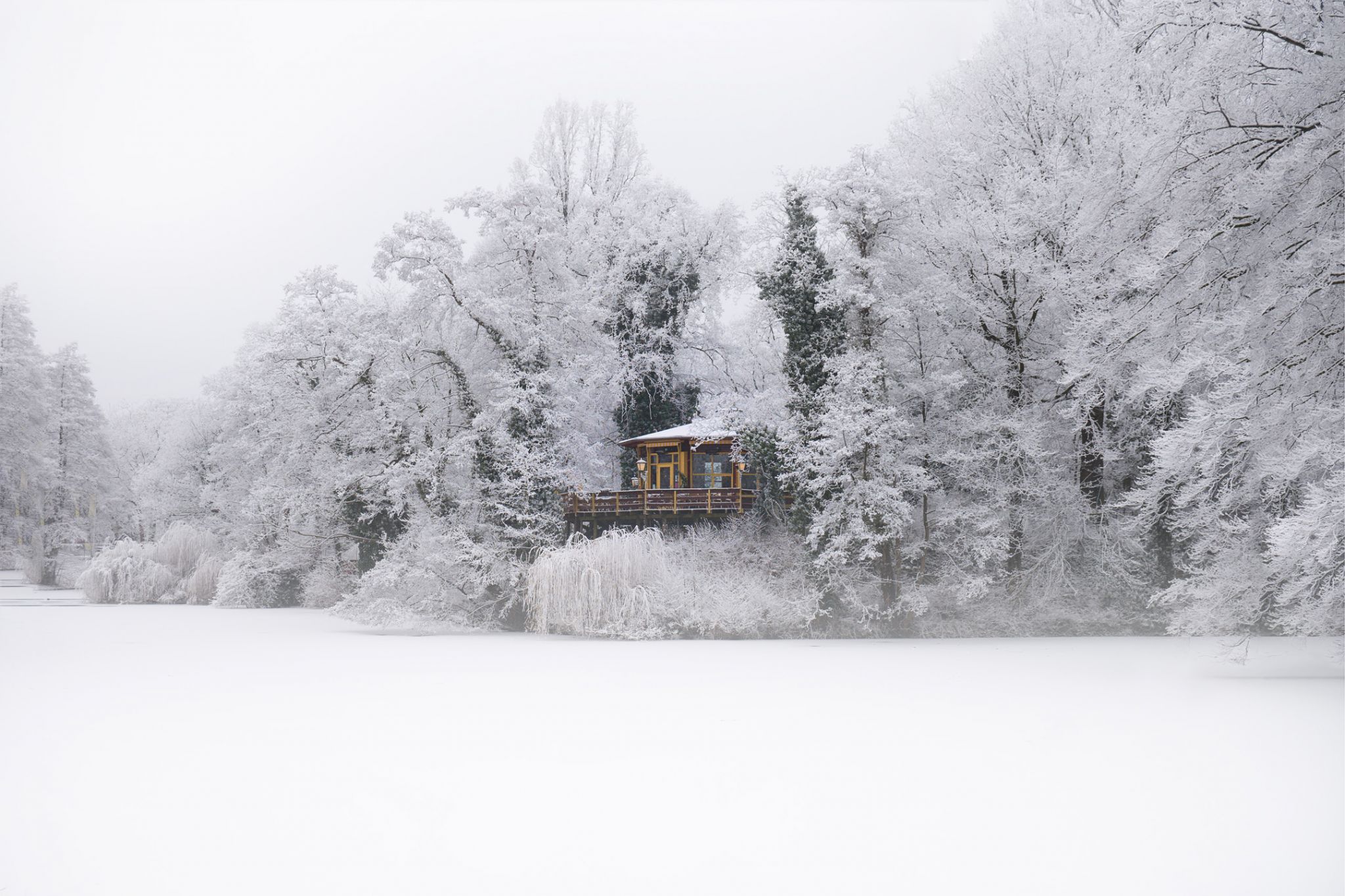 Bart www.bartros.nl
0Like11
This photo is copyrighted by the author.
Thank you for respecting the rights and efforts of our photographers. Please contact the author for further information.

Netherlands Restaurant The Pavilion on Bird Island during winter snow

Add photoBookmark
The Rijsterborgherpark is a city park located between the Deventer Station and the city center of Deventer. In the Deventer, this park is called "Het oude parkoen."

The Rijsterborgherpark was built after 1874 on a part of the fortifications of Deventer. Around 1630 these fortifications were built outside the walls of the city. Already in 1852 there was a 'walk' between the Noordenbergpoort and the former Brinkpoort over the strongholds called the Rijsterborgherpad, to engineer and captain J.H.L. Rijsterborgh one of the designers of the Boreel barracks in town. Garden architect Leonard Anthony Springer designed the park after the Deventer fortress was closed in 1874, commissioned by the municipality in 1887.

The Rijsterborgherpark suffered considerable damage during the Second World War due to Allied bombings intended for the nearby station and the railway bridge. Gerard Bleeker made a new design in the period 1948 - 1952, the execution of which was completed in 1954. In 1968 the park came on the national monument list, but in the seventies the part called the Bird Island had to be closed due to neglect and vandalism.

The park was enriched in 1985 with a sculpture route. A number of artworks were placed including the statue Europe and the bull of Pieter d 'Hont from 1963, also the fountain in the Buitengracht was restored. After a major renovation in 1992, the Bird Island offers space for a restaurant, a music dome and an animal park.

By a whirlwind more than a hundred monumental trees were killed on 9 September 1998. Neighboring municipalities Zwolle, Bathmen and Voorst introduced new trees and Deventer citizens raised money for the restoration. The Rijsterborgherpark has since been completely restored in the spirit of the old Springer design. The result is an open park with lots of young plantings next to old trees and good asphalt roads for everyone.