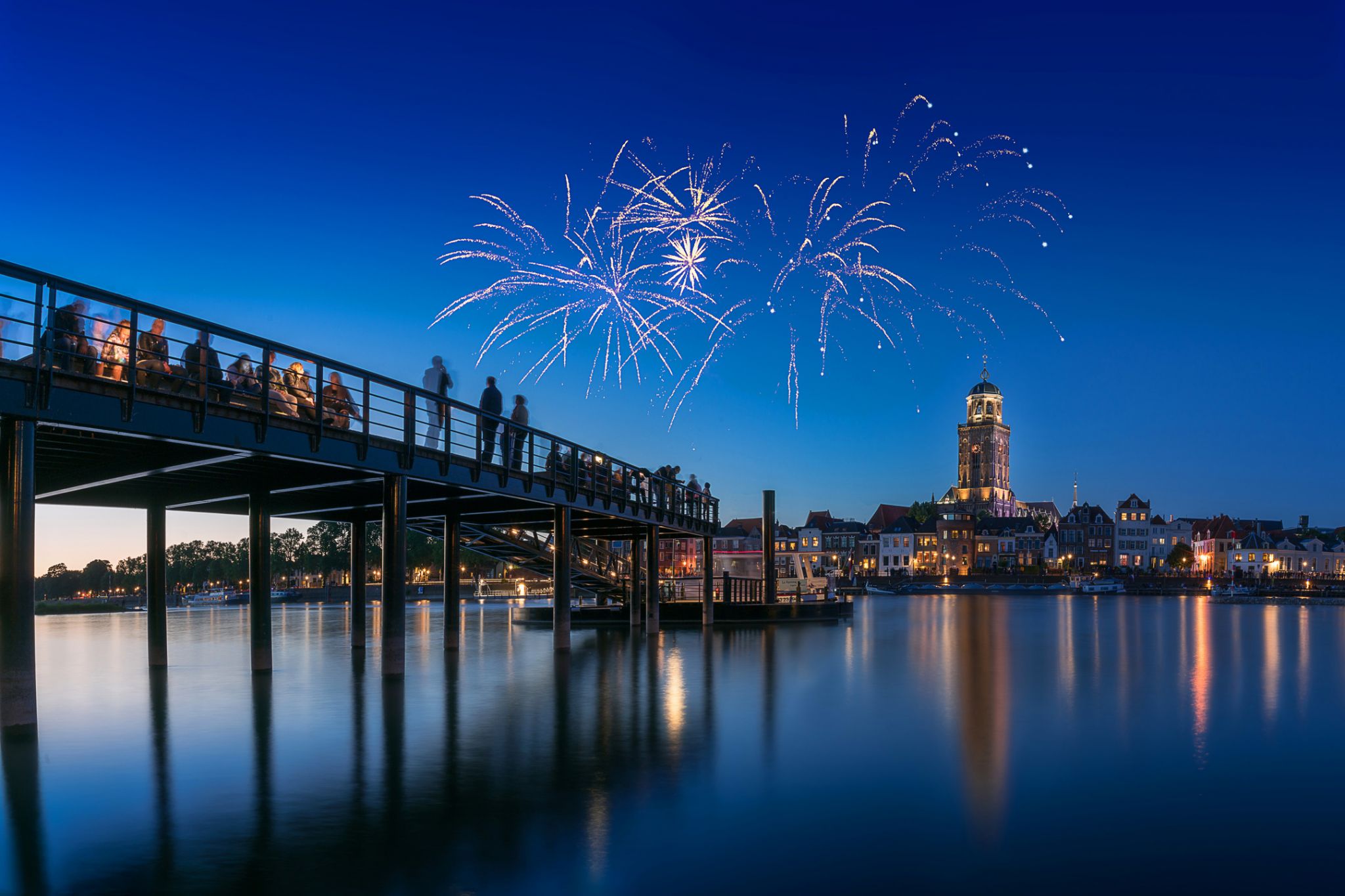 Bart www.bartros.nl
0 Like10
This photo is copyrighted by the author.
Thank you for respecting the rights and efforts of our photographers. Please use our social media buttons to share this image or contact the author for further information.

Add photoBookmark
Deventer (Dutch pronunciation: [ˈdeːvəntər] (About this sound listen)) is a Dutch city and municipality in the Salland region of the province of Overijssel. Deventer is largely situated on the east bank of the river IJssel, but also has a small part of its territory on the west bank. In 2005 the municipality of Bathmen (pop. 5,000) was merged with Deventer as part of a national effort to reduce bureaucracy in the country.

Foundation and development in the Middle Ages
Deventer was probably founded around 768 by the English missionary Lebuinus, who built a wooden church on the east bank of the river IJssel. In January 772 the sack and burning of this church by a Saxon expedition was the cause for the first punitive war waged by Charlemagne to the Saxons, in which, in retribution, the Irminsul (the Saxon sacred tree, probably near modern Paderborn) was destroyed. This was not the first human settlement at the location; between 1981 and 2006, remains of a Bronze Age settlement (dated to c.400 CE) were excavated at Colmschate, 4 km east of the current city


The towers of the St. Nicholas Church date back to c. 1200
The village of Deventer, already important because of a trading road crossing the river IJssel, was looted and burnt down by the Vikings in 882. It was immediately rebuilt and fortified with an earthen wall (in the street Stenen Wal remains of this wall have been excavated and restored).

Deventer received city rights in 956, after which fortifications were built or replaced by stone walls around the city for defense. Between 1000 and 1500, Deventer grew to be a flourishing trade city because of its harbour on the river IJssel, which was capable of accommodating large ships. The city eventually joined the Hanseatic League.

One of the commodities it traded in, dried haddock and cod from Norway, gave the citizens the nickname they carry to this day: "Deventer Stokvis" In the 15th century, Deventer had a common mint, where coins for the three IJssel cities Deventer, Zwolle, and Kampen were made.

Deventer is the birthplace of Geert Groote and home to his Brethren of the Common Life, a school of religious thought that influenced Thomas a Kempis and Erasmus in later times. Together with Haarlem it was among the first cities to have printing presses, dating back to as early as 1477. From around 1300, it also housed a Latin School, which became internationally renowned, and remained in service in changing forms until 1971. Its most well-known was the scholar Desiderius Erasmus, who was born in 1466 and attended the school from 1475 to 1484.

Thank you Bart for creating this photo spot.
© Locationscout.net 2020