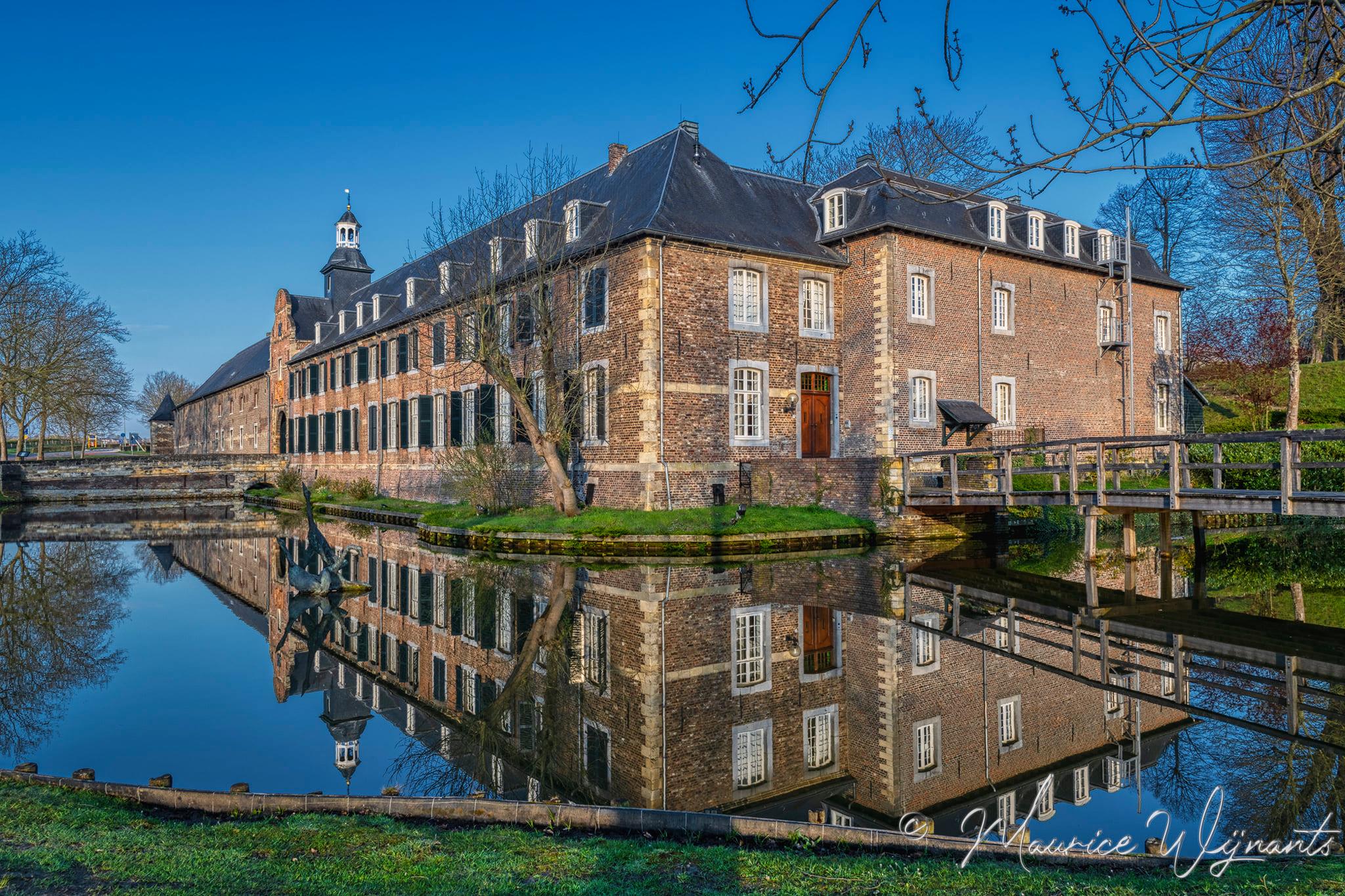 Maurice Wijnants
0Like8
This photo is copyrighted by the author.
Thank you for respecting the rights and efforts of our photographers. Please contact the author for further information.

Add photoBookmark
The construction of the original castle took place in the years 1554-1563. The castle and borchhof were then radically renovated between 1717 and 1719 by Freiherr (baron) Joseph Clemens von dem Bongart. The elongated facade dates from that time. In 1775, another renovation followed.

From 1872 to 1910, the castle housed a seminary of the German Jesuit Order, which had to flee the German Reich because of the Kulturkampf. The Wijnandsrade site was headed by Father Wilhelm Eberschweiler, who has been nominated to be beatified by the Roman Catholic Church for his work. [2] Another well-known resident was Father Erich Wasmann, who brought together an ant collection that has become world famous. [3] Later, from 1928 to 1967, a seminary of the Friars Minor-Conventional Fathers was located at the castle, which was successively led by Fathers Carolus Hoyng and Willibrord Lendemeijer.

The castle and the farm were radically rebuilt and restored in the years 1980-1992. They have been acquired and are in the possession of the Foundation for the preservation of Wijnandsrade Castle

Parking spaces are near Wijnandsrade.
Crowd Factor A decent amount of people
Best Timing Daytime
Sunrise & Sunset 08:28 - 17:05 | current local time: 20:30
Locations Wijnandsrade
Photo Themes Castle
Please log in or sign up for free to see the exact geo details for this spot on a dynamic map.