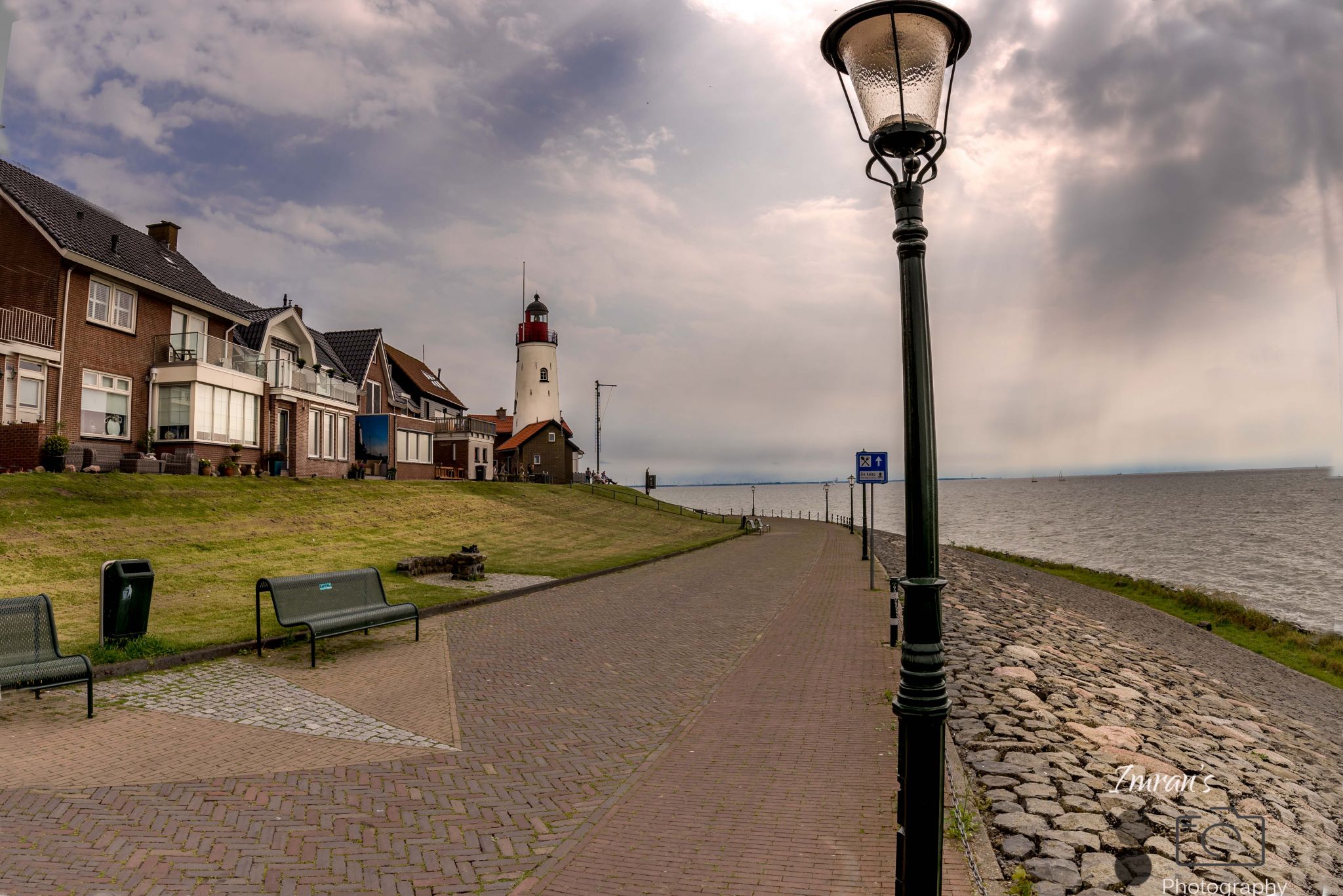 Jc Douglas
0Like1
This photo is copyrighted by the author.
Thank you for respecting the rights and efforts of our photographers. Please contact the author for further information.

Add photoBookmark
Urk is first mentioned in historical records dating to the 10th century, when it was still an island in the Almere, a lake that would become part of the Zuiderzee in the 13th century after a series of incursions by the North Sea. In 1939, a dike from the mainland to Urk ended the town's island status, just as the Afsluitdijk project was changing the salt water Zuiderzee surrounding Urk to the less saline IJsselmeer. Later in the 20th century, seabed areas surrounding Urk were reclaimed from the sea and became the Noordoostpolder. (Wikipedia)

You can park with 5 minutes walk for free and walk till this Lighthouse (Vuurtoren) while you can drive very next to the Light House
Crowd Factor Just a few people
Best Timing All timings are equally good
Sunrise & Sunset 08:27 - 16:27 | current local time: 12:14
Locations BeachUrkUrk NetherlandsLight House
Photo Themes Beachlighthouse