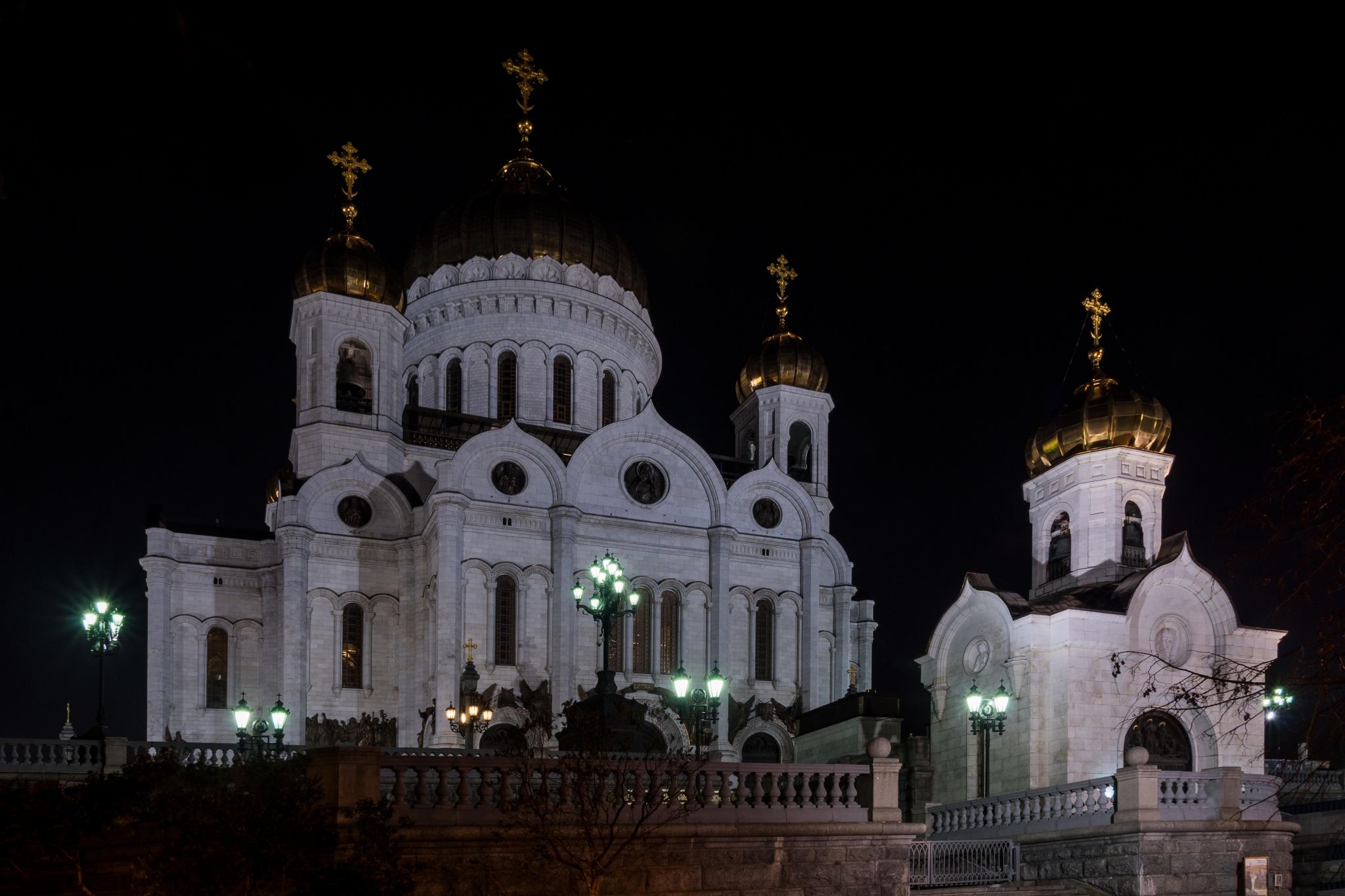 Buxton365
0 Like11
This photo is copyrighted by the author.
Thank you for respecting the rights and efforts of our photographers. Please use our social media buttons to share this image or contact the author for further information.

Add photoBookmark
The Cathedral of Christ the Saviour (Russian: Храм Христа Спасителя, Khram Khrista Spasitelya) is a Russian Orthodox cathedral in Moscow, Russia, on the northern bank of the Moskva River, a few hundred metres southwest of the Kremlin. With an overall height of 103 metres (338 ft), it is the tallest Orthodox Christian church in the world.

The current church is the second to stand on this site. The original church, built during the 19th century, took more than 40 years to build, and was the scene of the 1882 world premiere of the 1812 Overture composed by Tchaikovsky. It was destroyed in 1931 on the order of Soviet leader Joseph Stalin. The demolition was supposed to make way for a colossal Palace of the Soviets to house the country's legislature, the Supreme Soviet of the USSR. Construction started in 1937 but was halted in 1941 when Germany invaded the Soviet Union during World War II. Its steel frame was disassembled the following year, and the Palace was never built. Following the dissolution of the Soviet Union, the current church was rebuilt on the site between 1995 and 2000.

Thank you Christian Hellmich for creating this photo spot and Buxton365 for improving it with additional photos or content.
© Locationscout.net 2020