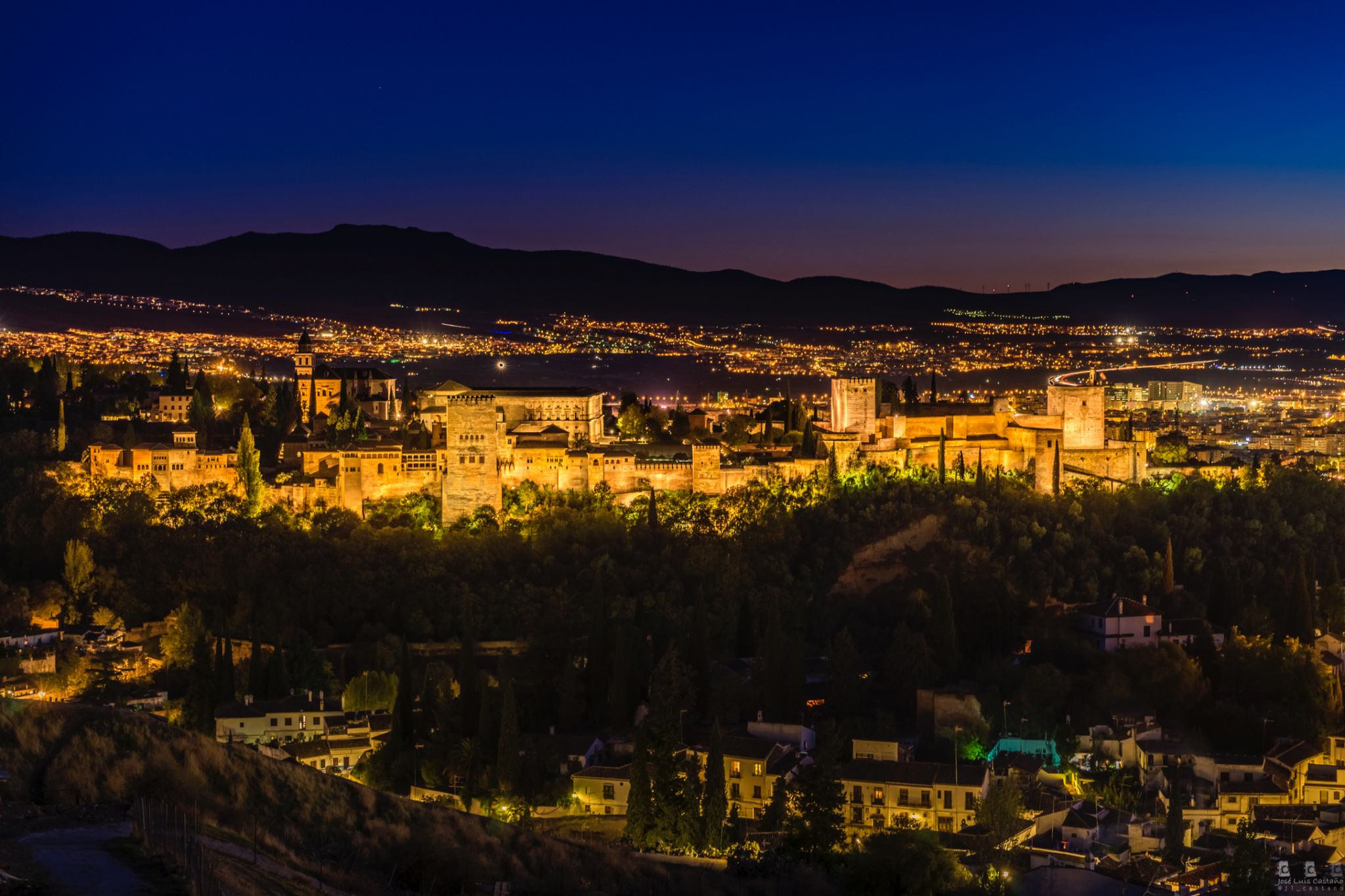 José Luis Castaño Azuela joseluiscastanofotogra…
0 Like6
This photo is copyrighted by the author.
Thank you for respecting the rights and efforts of our photographers. Please use our social media buttons to share this image or contact the author for further information.

Add photoBookmark
The Alhambra is an Andalusian palatine city located in Granada, in Andalusia, Spain. It consists of a set of palaces, gardens and fortress (alcazar or al-qasr القصر) that housed a real citadel within the city of Granada, which served as accommodation to the monarch and the court of the Nasrid Kingdom of Granada. Its true attraction, as in other Muslim works of the time, not only lies in the interiors, whose decoration is among the peaks of Andalusian art, but also in its location and adaptation, generating a new landscape but fully integrated with the pre-existing nature. In 2016 it was the second most visited monument in Spain, receiving the historic figure of 2 615 188 visitors.

The spot is located on a dirt road that is a little below the so-called Carril de San Miguel. Carril de San Miguel is a path that borders the outside of the wall of the ancient city of Granada. You can get there by car and park it in one of the nearby streets. Then go to the wall and cross it through a small door and you will reach the Carril de San Miguel. Just below, at 100 meters, you will see the other dirt track, which has better views of the city and the Alhambra.
Crowd Factor Just a few people
Best Timing Blue hour/nighttime
Sunrise & Sunset 06:55 - 21:29 | current local time: 23:19
Latitude & Longitude Please log in or sign up for free to see the geo position for this spot.
Locations AndaluciaGranadaSpain
Photo Themes Ancient Architectureblue hourcityscapenight photography
Bookmarks 2 photographers have bookmarked this photo spot
Please log in or sign up for free to see the exact geo details for this spot on a dynamic map.