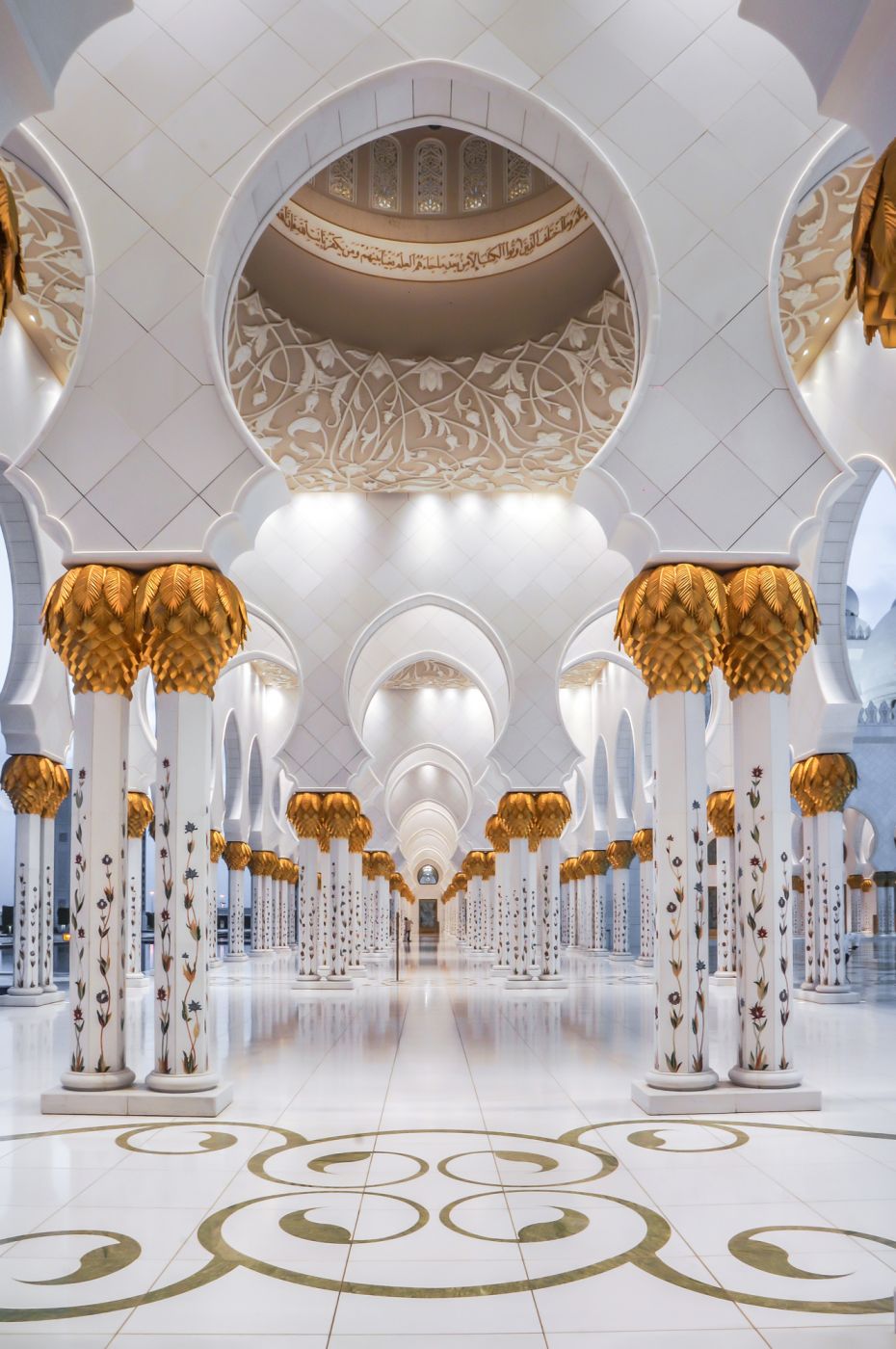 Sanketh Rao
0 Like1
This photo is copyrighted by the author.
Thank you for respecting the rights and efforts of our photographers. Please use our social media buttons to share this image or contact the author for further information.

Add photoBookmark
Abu Dhabi’s most iconic landmark is the Sheikh Zayed Grand Mosque, which features eighty-two white domes. Built between 1996 and 2007, it was designed to be an architectural wonder that incorporated both modern and classic Islamic artistic styles. Greek and Italian white marble covers the exterior, while Islamic calligraphy decorates the inside.

The Sheikh Zayed Grand Mosque is one of Abu Dhabi’s top tourist attractions. As with other mosques in the Middle East, it was built to be a monument of great stature. This tastefully designed mosque wears many special hats and holds many records, such as the largest mosque in the United Arab Emirates (and one of the largest in the world), the ability to hold 40,000 people, the world’s largest chandelier, the world’s largest single piece of carpet and much more. Tours are 60 minutes long and run several times a day except Friday. A tour is essential to your visit to the mosque. How else will you learn about the world’s largest chandelier (in a mosque) and the world’s largest hand-knotted carpet? The architecture, décor, and building materials of the mosque were chosen very deliberately. Your tour guide will be able to tell you all about it.

Thank you Mohamed El Barkani for creating this photo spot and Sanketh Rao for improving it with additional photos or content.
© Locationscout.net 2020