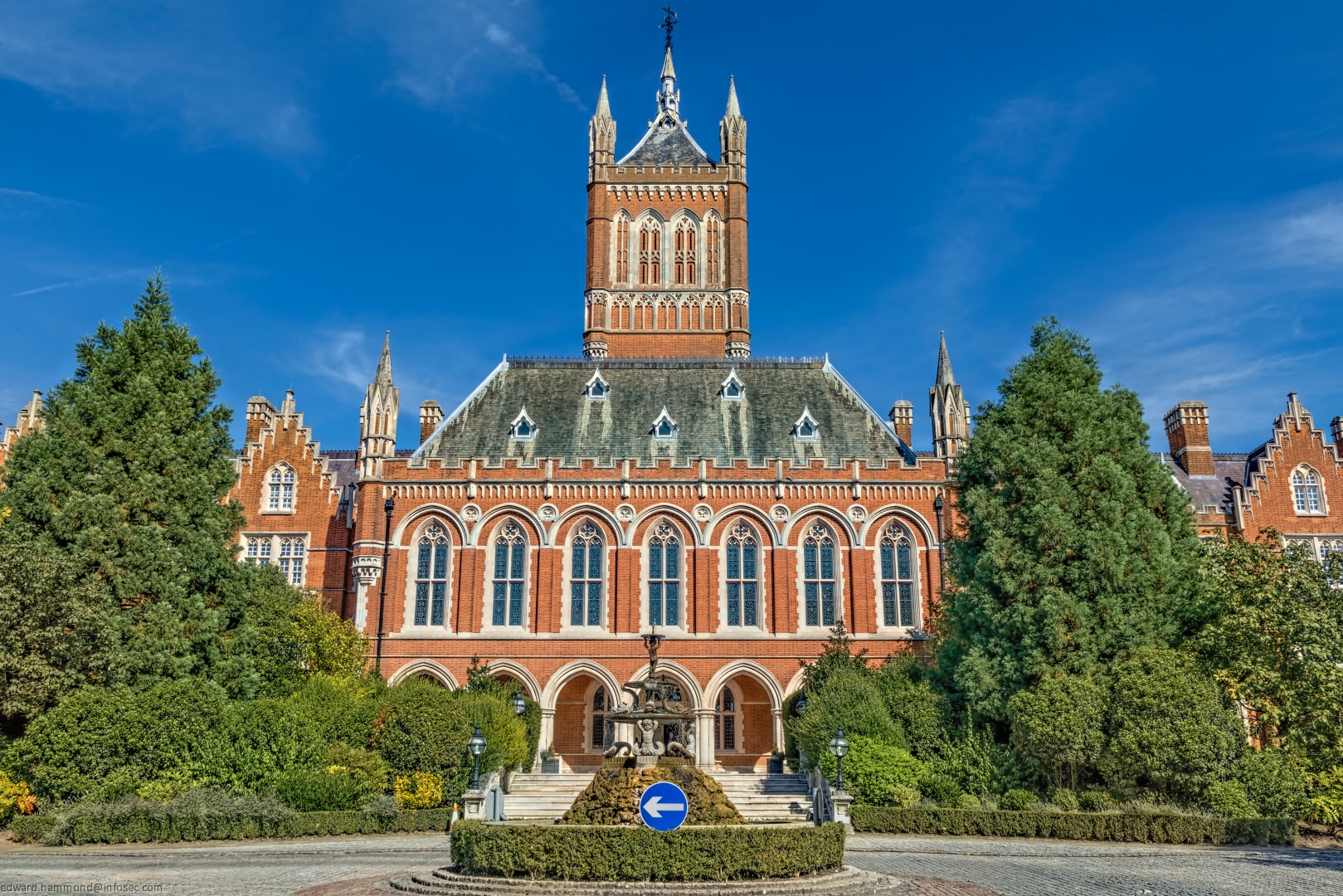 Edward
0Like8
This photo is copyrighted by the author.
Thank you for respecting the rights and efforts of our photographers. Please contact the author for further information.

Add photoBookmark
Wealthy philanthropist, Thomas Holloway (see related Royal Holloway College images here) built the sanatorium, in association with the Commissioners in Lunacy (no, I’m not making this up), as an asylum for the middle class temporarily deranged. Here they would be helped to resume a fulfilling life once more. Holloway used the architect, William Crossland, whom he would later use for Royal Holloway College. The recreation hall, with its beamed ceiling was subcontracted to another architect. The style is different but still in keeping.

Over the years, the property suffered at the hands of a series of unworthy bodies before English Heritage took it on in the 1990s. The wings of the main building were divided up into 4-storey town houses sold for about £1M each and Virginia Park is now a walled and gated residential community but the main building remains Grade 1 listed. Even in its early days, it was recognised as an outstanding example of Victorian High Art.

It is open to the public on rare occasions.

The Park is just across the road from Virginia Water train station (catch a train from Waterloo station in London) where there is a car park. You can't park in the park.
Crowd Factor Just a few people
Best Timing Daytime during summer
Sunrise & Sunset 07:52 - 16:34 | current local time: 18:06
Locations englandSurreyEgham
Photo Themes Gothicvictorian
Please log in or sign up for free to see the exact geo details for this spot on a dynamic map.