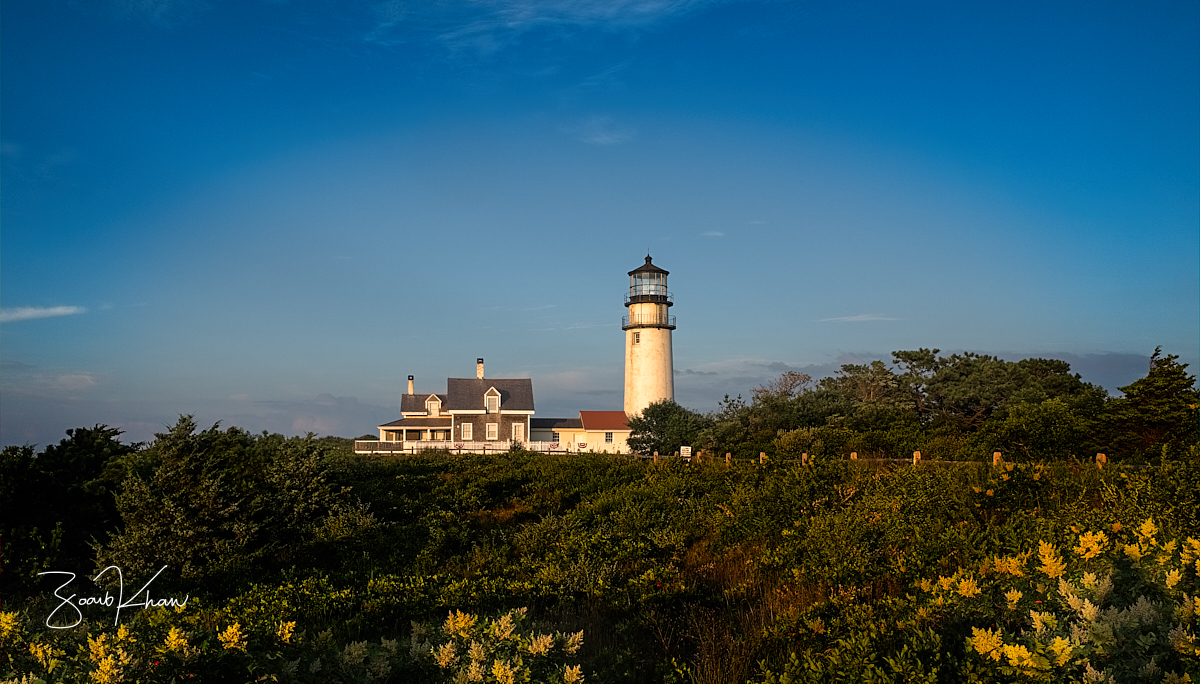 Zohaib Khan randominspirations.net
0Like5
This photo is copyrighted by the author.
Thank you for respecting the rights and efforts of our photographers. Please contact the author for further information.

Add photoBookmark
The Highland Light (previously known as Cape Cod Light) is an active lighthouse on the Cape Cod National Seashore in North Truro, Massachusetts. The current tower was erected in 1857, replacing two earlier towers that had been built in 1797 and 1831. It is the oldest and tallest lighthouse on Cape Cod.[5]

The grounds are open year-round, while the light is open to the public from May until late October, with guided tours available. Highland Light is owned by the National Park Service, and was cared for by the Highland Museum and Lighthouse, Inc. until 2014 when Eastern National, another non-profit group, took over the contract to operate the facility as a tourist attraction.[6] The United States Coast Guard operates the light itself as an aid to navigation.[7] The United States Navy ship USS Highland Light (IX-48) was named after the light. It is listed on the National Register of Historic Places as Highland Light Station.

Few spots to park near the light house, but plenty of parking a few yards away. Summers are packed.
Crowd Factor Just a few people
Best Timing Sunset during summer
Sunrise & Sunset 06:54 - 17:56 | current local time: 01:01
Locations Cape CodMassachusettsEast Coastnortheast usaNew EnglandMA
Photo Themes lighthouseSunset
Please log in or sign up for free to see the exact geo details for this spot on a dynamic map.