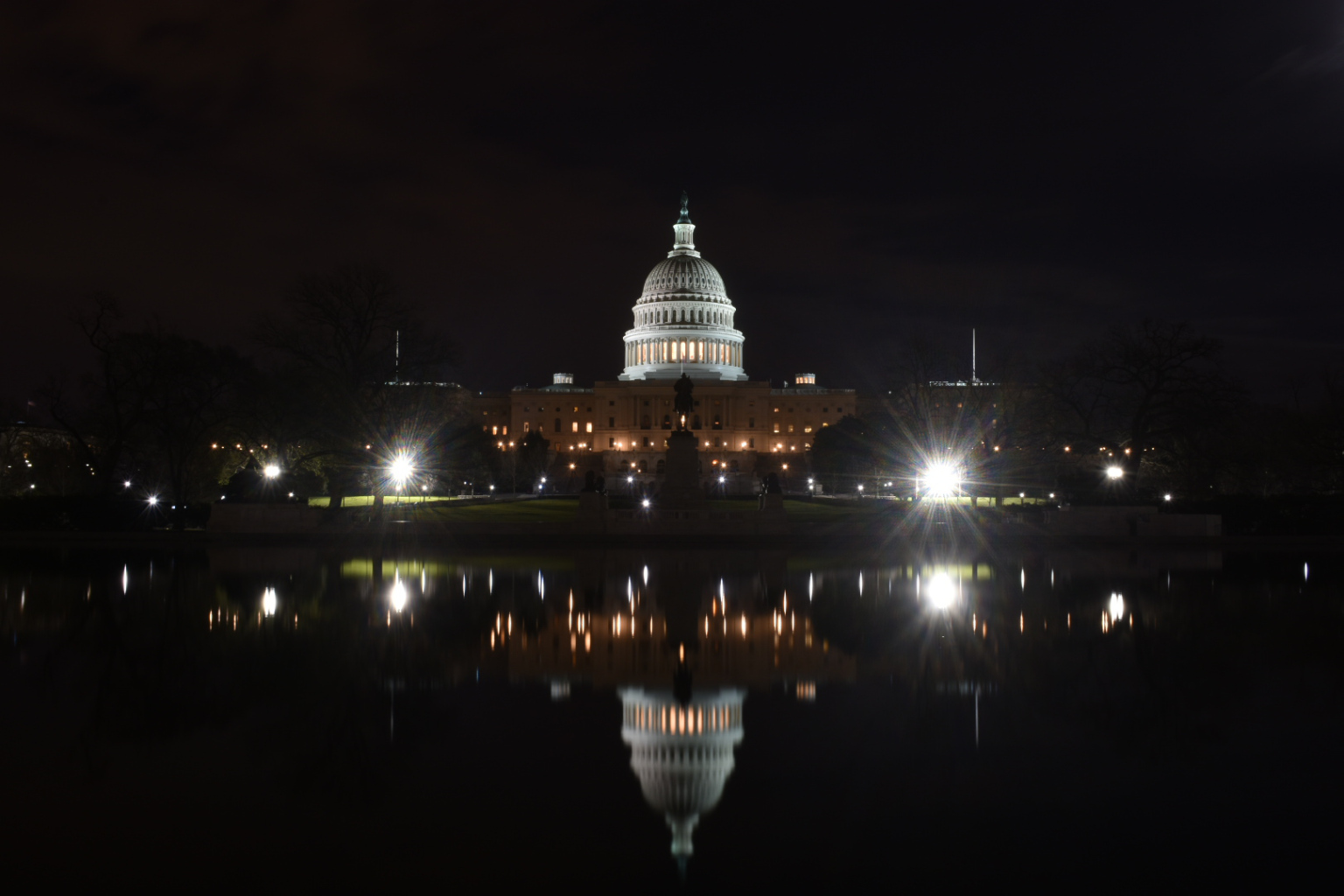 Jordy van Gorp
0 Like14
This photo is copyrighted by the author.
Thank you for respecting the rights and efforts of our photographers. Please use our social media buttons to share this image or contact the author for further information.

Add photoBookmark
The United States Capitol, often called the Capitol Building, is the home of the United States Congress, and the seat of the legislative branch of the U.S. federal government. It is located on Capitol Hill at the eastern end of the National Mall in Washington, D.C. Though no longer at the geographic center of the Federal District, the Capitol forms the origin point for the District's street-numbering system and the District's four quadrants.

The original building was completed in 1800 and was subsequently expanded, particularly with the addition of the massive dome, and expanded chambers for the bicameral legislature, the House of Representatives in the south wing and the Senate in the north wing. Like the principal buildings of the executive and judicial branches, the Capitol is built in a distinctive neoclassical style and has a white exterior. Both its east and west elevations are formally referred to as fronts, though only the east front was intended for the reception of visitors and dignitaries.
Crowd Factor Lots of people
Best Timing Blue hour/nighttime during summer
Sunrise & Sunset 07:01 - 16:48 | current local time: 23:27
Latitude & Longitude Please log in or sign up for free to see the geo position for this spot.
Locations Washington DCUnited States of AmericaCapitolUSA
Photo Themes Historic buildingTravel PhotographyWater Reflections
Please log in or sign up for free to see the exact geo details for this spot on a dynamic map.

Thank you Jordy van Gorp for creating this photo spot and Jens for improving it with additional photos or content.
© Locationscout.net 2020