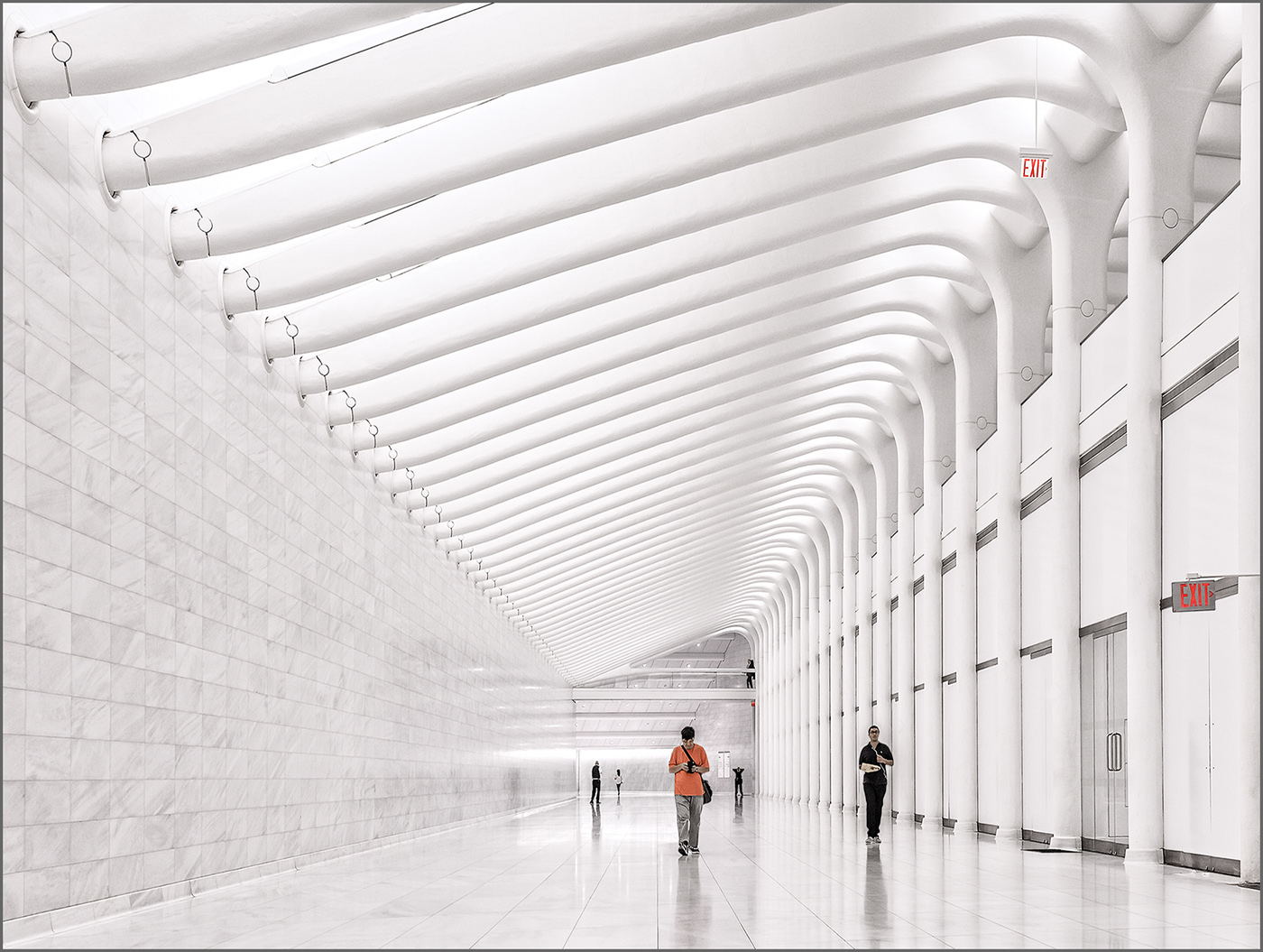 Herbert A. Franke
2 Like65
This photo is copyrighted by the author.
Thank you for respecting the rights and efforts of our photographers. Please use our social media buttons to share this image or contact the author for further information.

The World Trade Center station has five tracks (three for Hoboken-bound trains, two for Newark-bound trains) and four platforms in the middle of a turning loop. Trains from New Jersey use the loop to turn around and head back to New Jersey. The platforms are located four floors below ground level. The floor immediately above the platforms is occupied by the station's fare mezzanine. The New York City Subway's WTC Cortlandt station is adjacent to and above the mezzanine.

The $4 billion Oculus station house, designed by Santiago Calatrava, consists of white ribs that interlock high above the ground. The interior of the station house contains two underground floors, which house part of the Westfield World Trade Center mall. The transportation hub connects the various modes of transportation in Lower Manhattan, from the Fulton Center in the east to the Battery Park City Ferry Terminal in the west, through the station house. The hub contains connections to various New York City Subway stations, including Chambers Street–World Trade Center/Park Place/Cortlandt Street on the 2, ​3​, A, ​C, ​E​, ​N, ​R, and ​W trains and WTC Cortlandt on the 1 train. It is the fifth-busiest transportation hub in the New York metropolitan area.

sara Terrones 02.03.
Awesome picture, how did you do it to get it wihhout people? Thanks! 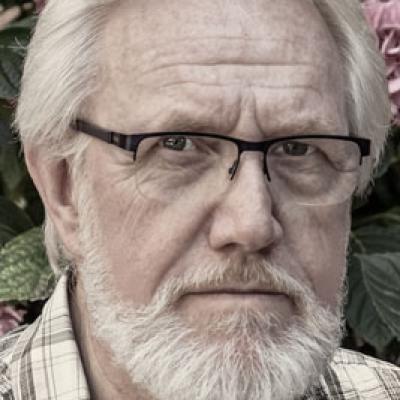 Herbert A. Franke 02.03.
Very easily. There were none. Thank you very much for your kind note. Greetings Herbert

sara Terrones 02.03.
Thanks! I will try to find this spot inside the PATH station!

Herbert A. Franke 02.03.
Which of my three pictures do you mean. Two of my pictures are composings.

sara Terrones 02.03.
Hi Herbert, I reffer the picture of the woman walking on the right and the man in red on the left. Almost symetrical. Thanks

Andrew Weinstein 04.12.2019
Hi Herbert, I saw that you responded to my comment about this photo but I can't find what you wrote. To say the least, it's difficult to find comments people make. Anyway, I really enjoy your photos and the way you find symmetry in the architecture you photograph. I look forward to more of them. Regards, Andrew

Herbert A. Franke 16.02.
Unfortunately, you are not directed to the photo you want to comment on. You have to look at the whole spot to find the right comment. You commented on my first version of the image (PATH station). And that was my answer: Herbert A. Franke December 1st, 2019 Dear Andrew, I beg your pardon for the late reply. I only read your comment today after I realized how to make the comment visible. I would like to thank you for your kind comment. Best regards, Herbert

Thank you Herbert A. Franke for creating this photo spot and Thomas Baschin for improving it with additional photos or content.
© Locationscout.net 2020