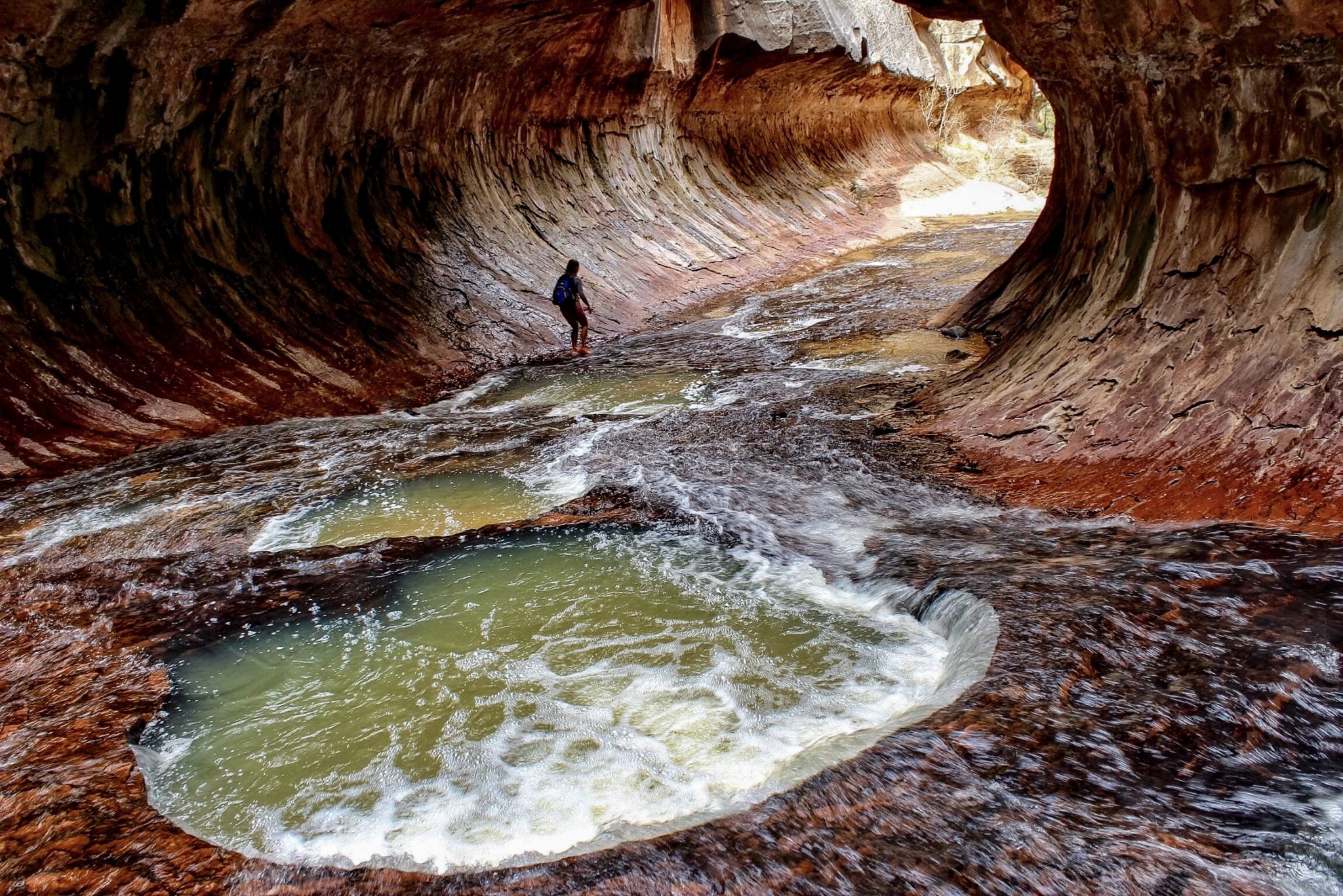 0Like25
This photo is copyrighted by the author.
Thank you for respecting the rights and efforts of our photographers. Please contact the author for further information.

From Springdale, drive south and west 14 miles to the town of Virgin. Turn right on the Kolob road, sometimes called the Kolob Terrace road. The paved road climbs a dramatic ridge six and a half miles from Virgin, the road enters the park and three trailheads are soon encountered – the Right Fork, Grapevine Springs, then the Left Fork. Park at the Left Fork Trailhead. Mileage from the town of Virgin is about 8.6 miles. Driving time from Springdale is 45 minutes.
Crowd Factor Nearly no other people
Best Timing Sunrise during spring
Sunrise & Sunset 07:44 - 18:49 | current local time: 20:58
Locations Zion National Park
Photo Themes Waterfalls and Cascades
Please log in or sign up for free to see the exact geo details for this spot on a dynamic map.