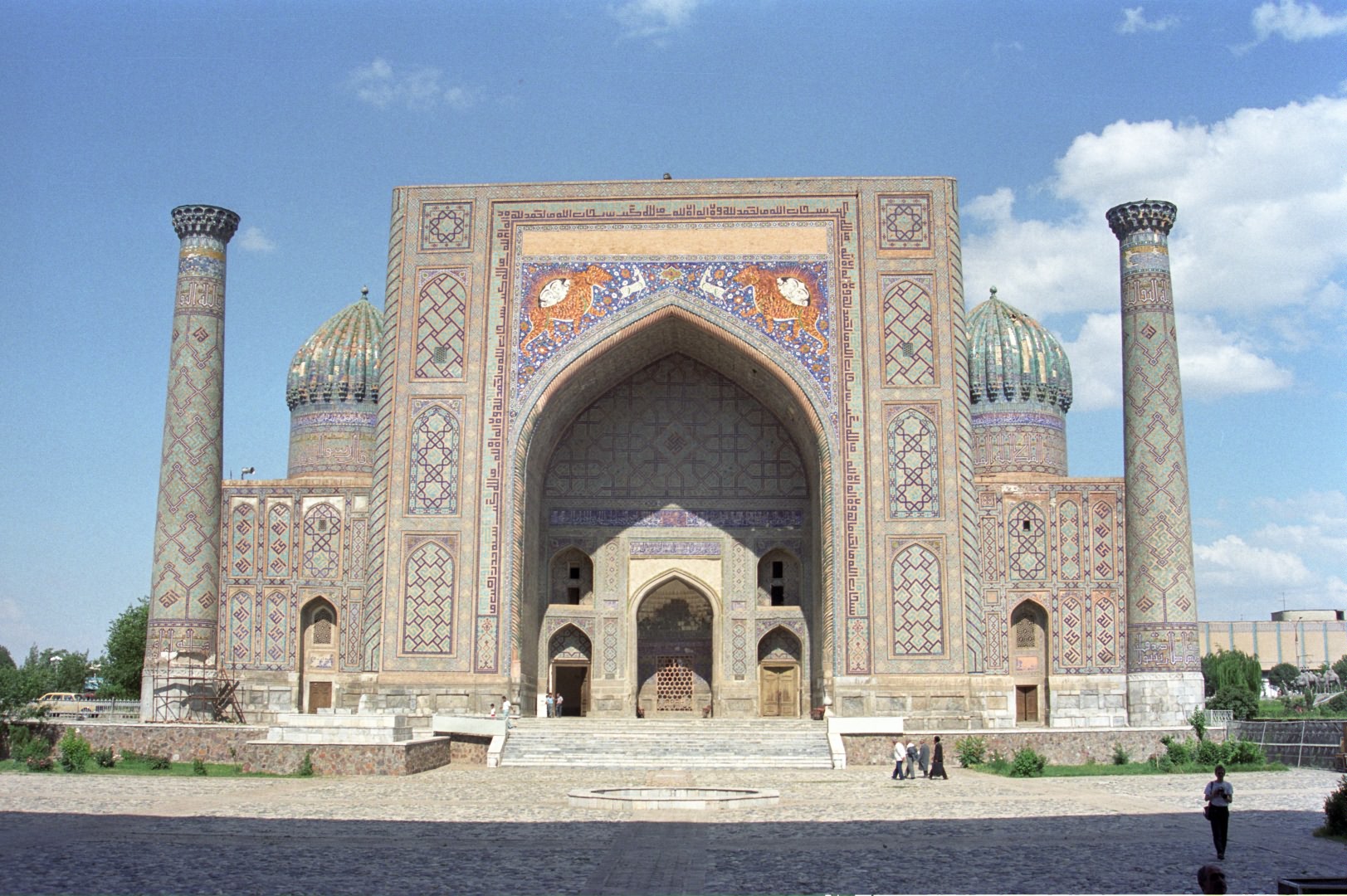 Edward
0Like3
This photo is copyrighted by the author.
Thank you for respecting the rights and efforts of our photographers. Please contact the author for further information.

Add photoBookmark
Samarkand is one of the oldest cities in Central Asia. It was conquered by Alexander the Great, Genghis Khan and Tamberlane/Timur when it became the city which was capital of the Mongol empire. He is estimated to have wiped about 5% of the world’s population at the time but when he found great public works in the cities he conquered, he sought out their creators and offered them death or a role in beautifying Samarkand. The city became especially prosperous as a stopping point on the Silk Route from China to Europe. If you like Islamic architecture and ornamental art, this place is for you. Digital cameras will probably fare better in the heat than my film camera did during the Gorbachev era.

Fly, the distances are just too vast for anything else.
Crowd Factor Just a few people
Best Timing Daytime during spring
Sunrise & Sunset 07:44 - 17:43 | current local time: 09:40
Locations Samarkandsilk route
Photo Themes Ancient ArchitectureislamIslamic architecture
Please log in or sign up for free to see the exact geo details for this spot on a dynamic map.