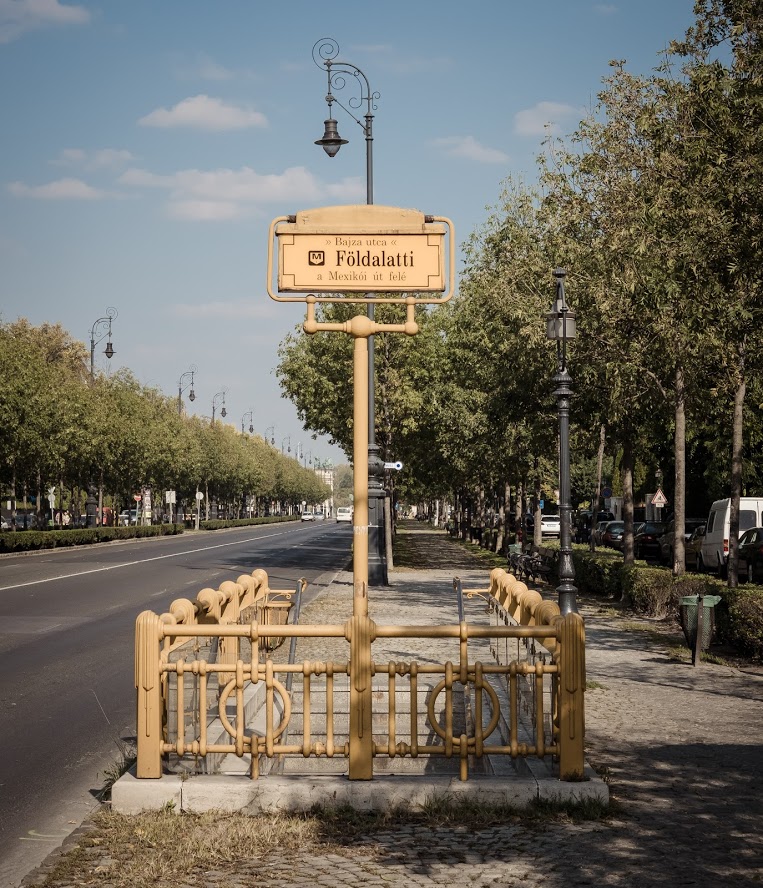 Anna Rusilko annarusilko.com/en
0 Like6
This photo is copyrighted by the author.
Thank you for respecting the rights and efforts of our photographers. Please use our social media buttons to share this image or contact the author for further information.

Add photoBookmark
Line 1 (Officially: Millennium Underground Railway, Metro 1 or M1) is the oldest line of the Budapest Metro. It is known locally as "the small underground" ("a kisföldalatti"), while the M2, M3 and M4 are called "metró". It is the third oldest underground after the London Underground and the Mersey Railway (specifically, its Wirral Line), the third rapid transit rail line worldwide of any type to exclusively use electric traction (after the London Underground, specifically the City and South London Railway and the Liverpool Overhead Railway, before its closure in 1956), and the first on the European mainland. It was built from 1894 to 1896.
Line 1 runs northeast from the city center on the Pest side under Andrássy út to the Városliget, or City Park. Like Line 3, it does not serve Buda. (Wikipedia)
Crowd Factor Just a few people
Best Timing Daytime
Sunrise & Sunset 06:46 - 17:09 | current local time: 17:01
Latitude & Longitude Please log in or sign up for free to see the geo position for this spot.
Locations BudapestBudapest HungaryHungary
Photo Themes metroMetro Station
Please log in or sign up for free to see the exact geo details for this spot on a dynamic map.

Thank you Anna Rusilko for creating this photo spot.
© Locationscout.net 2020