Explore the best places for photography at Lyon, France

Lyon might be the most underrated city in France. Located where the Rhône and the Saône Rivers meet, Lyon is a foodie city with beautiful historical buildings, fantastic museums, and thriving nightlife.

Photographers love the bustling modern economic city juxtaposed with the old. Read our guide below or directly dive into our photo spots to discover the sights to capture on film in Lyon, France.

Top photos from 56 spots at Lyon Lugdunum - The Gallo-Roman Museum of Lyon 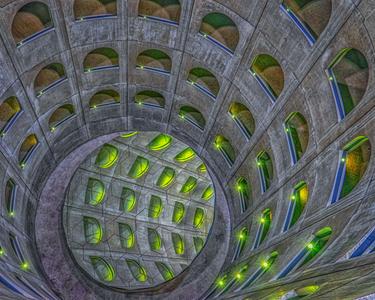 Eglise Saint-Georges (St George Church) is a gorgeous NeoGothic church with a tall spire. It’s best photographed from across the Rhône River. The colorful buildings climb up the tree-topped hill behind it.

Vieux Lyon is Lyon’s historic old city. With beautiful narrow streets, this is a great place to take photos. The Gallo-Roman Museum is an underground archaeological museum that you enter through a stunning spiral staircase.

Walk along the banks of the Saône River to get shots of the city. At night, the lights reflect off the water, and during golden hour, the city glows. The banks of the Rhône River are equally worth a wander. Get a great photo of the magnificent Hôtel Dieu, the best shot from across the water.

The 19th century Metallic Tower of Fourviere is the highest point in Lyon and bears a striking resemblance to the Eiffel Tower. It looks most extraordinary at night when it’s lit up. The Place des Terreaux is a historic town square surrounded by statues, fountains, and impressive buildings.

Musée des Confluences is an astounding glass-plated and steel science museum. It’s a prime example of deconstructivist architecture. With its mixture of curves and angles, it’s described as looking like a sparkling cloud.

The Basilica of Notre-Dame de Fourvière sits on a hilltop and is visible throughout the city. This impressive Gothic Revival basilica is just as beautiful inside, where its ceilings are covered in art. Don’t leave the hilltop without taking some panoramic views of Lyon.

Passerelle du Palais de Justice is a gorgeous footbridge that photographs wonderfully. It is named after the striking Palais de Justice sitting on the other end of the bridge. With its 24 white columns, this is one of the finest examples of neoclassical design.

Lyon is frequently listed as having the best French chefs in the country and foodies fly over here just to enjoy a plate at the next best restaurant. Make a reservation ahead of time if you are interested in securing a spot at the table.

This is a bustling city where there is something exciting happening any time of the year. During the hot summer months, the crowds tend to increase. Visit in September or May to enjoy fewer crowds and pleasant sweater weather.

The best way to travel in the center is on foot. Otherwise, there is a great public transportation system, with a metro, buses, and a tram.

Lyon is located in France, a country with 1993 photo spots that you might want to have a look at as well to find even more beautiful places for your next trip.