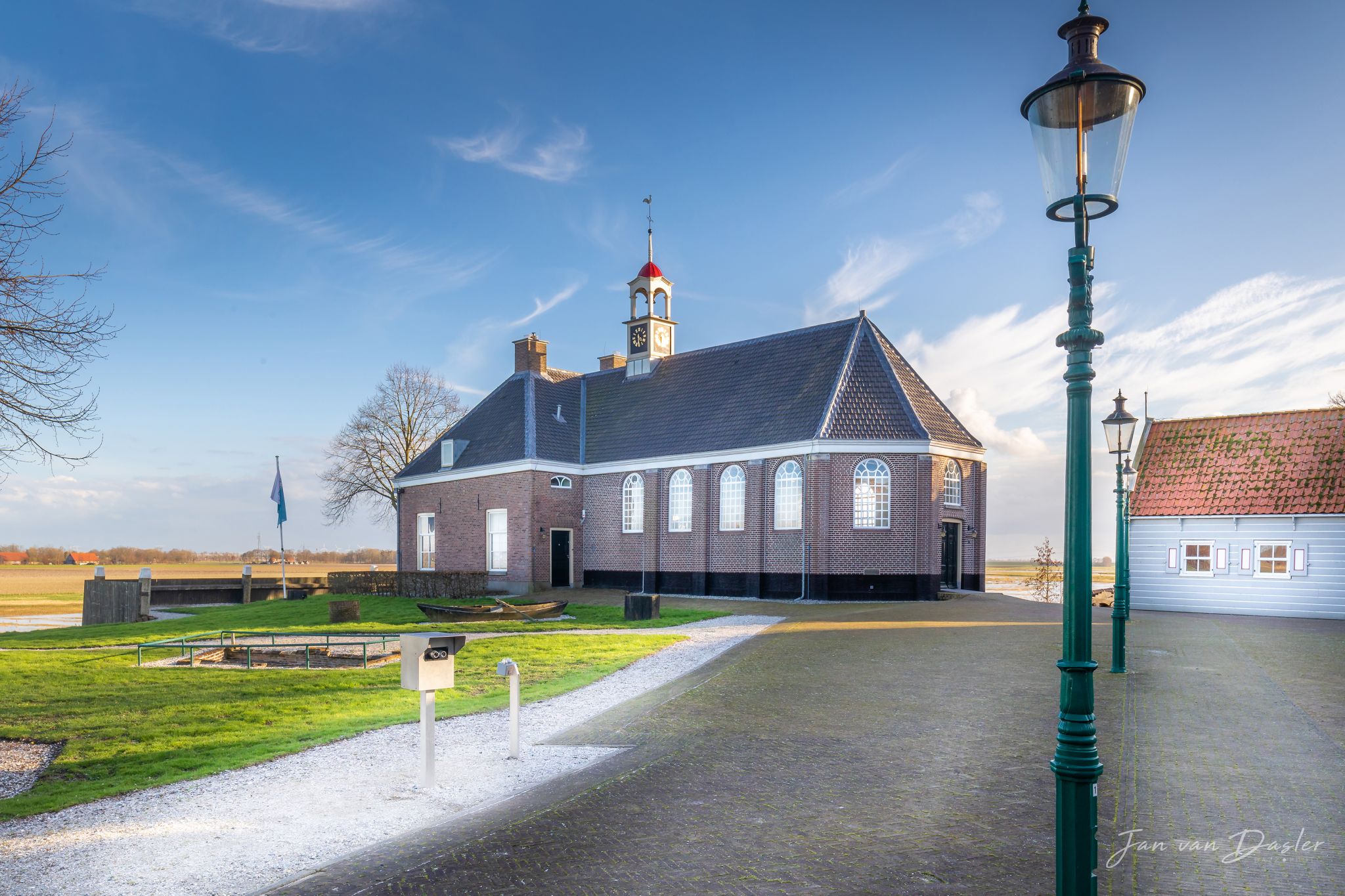 Jan van Dasler dazzphoto.com
0 Like3
This photo is copyrighted by the author.
Thank you for respecting the rights and efforts of our photographers. Please contact the author for further information.

Add photoBookmark
Schokland is a former island in the Dutch Zuiderzee, in the municipality of Noordoostpolder. Schokland was an elongated strip of peat land which ceased to be an island when the Noordoostpolder was reclaimed from the sea in 1942. It is now just a slightly elevated part of the polder, with a still partly intact retaining wall of the waterfront of Middelbuurt. On 1 April 2014, it had 8 inhabitants, but according to Statistics Netherlands there are five people living on the former island.

Schokland was an attractive settlement area in the Middle Ages when it was much larger, but by the 19th century it was under continuous threat of flooding due to the rise in sea level. By then the Schoklanders had retreated to the three most elevated parts: Emmeloord, Molenbuurt, and Middelbuurt. A major flood in 1825 brought massive destruction, and in 1859 the government decided to end permanent settlement on Schokland. The former municipality of Schokland was joined to Kampen on the mainland.

Today Schokland is a popular archeological site and host to the Schokland Museum. Schokland was the first UNESCO World Heritage Site in the Netherlands. (Wikipedia)

You can park in the parking lot just behind the Schokland Museum for free.
Crowd Factor Just a few people
Best Timing All timings are equally good
Sunrise & Sunset 06:18 - 20:51 | current local time: 13:12
Locations EuropeHollandThe NetherlandsflevolandSchokland
Photo Themes Churchold churchold villageUNESCOUNESCO world heritageUNESCO World Heritage Site
Please log in or sign up for free to see the exact geo details for this spot on a dynamic map.